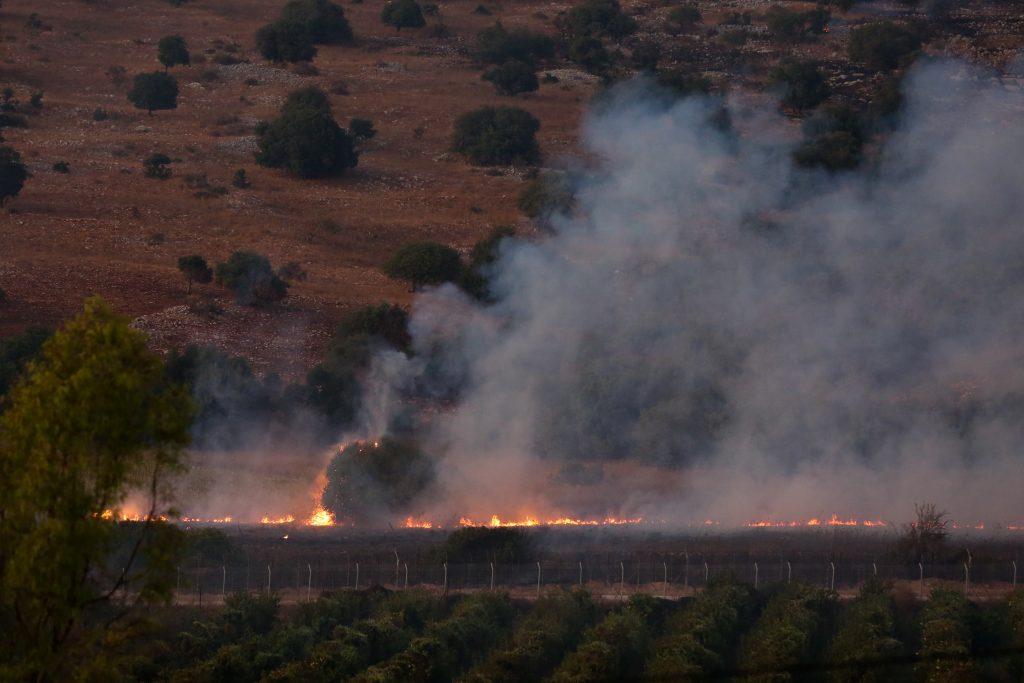 The IDF wrapped up an investigation into an incident on the Lebanese border in September, in which Hezbollah terrorists fired a missile at an army base in Israel. A report signed off by IDF Chief of Staff Aviv Kochavi severely criticizes the commander and deputy commander of the IDF unit that evacuated the Avivim army base, saying that the method of evacuation exposed soldiers to danger. With that, the officers were not punished, but a reprimand has been attached to their record.

At the end of August, the IDF foiled a planned attack by Hezbollah terrorists operating from the Syrian side of the Golan border using a drone. Hezbollah head Hassan Nasrallah threatened vengeance, and the IDF prepared for possible scenarios. The response came with a rocket attack on an empty IDF guardpost, and further rocket attacks targeted an Israeli military vehicle. The vehicle’s tires were damaged, and the soldiers in the vehicle left it without harm.

In order to divert the attention of the Lebanese terror group, the IDF played a “trick,” loading four IDF soldiers on a helicopter and taking them to Rambam Hospital in Haifa. The soldiers were “bloodied” – with fake blood – and were given splints by first aid personnel on the ground, to give the impression that they were injured.

They were not, but Hezbollah thought they were, and media reports in outlets controlled by the terror group celebrated the “serious injuries” the terror group had inflicted on the IDF, with some reports claiming the soldiers had died. The IDF, meanwhile, maintained silence, announcing only hours later that there had actually been no Israeli injuries.

The aim of the “skit,” the report said, was to allow Hezbollah chief Hassan Nasrallah to claim a “victory,” after threatening to strike back against Israel after IDF attacks on Hezbollah and Iranian assets in Lebanon in recent weeks.

Na’im Kassam, a deputy of Nasrallah, said that “Hezbollah has succeeded in proving that it is of equal strength to the IDF. Hezbollah has imposed on Israel a new situation that will be a deterrent to Israeli actions. An eye for an eye, a tooth for a tooth, and a death for a death. We are on the winning path,” he added.