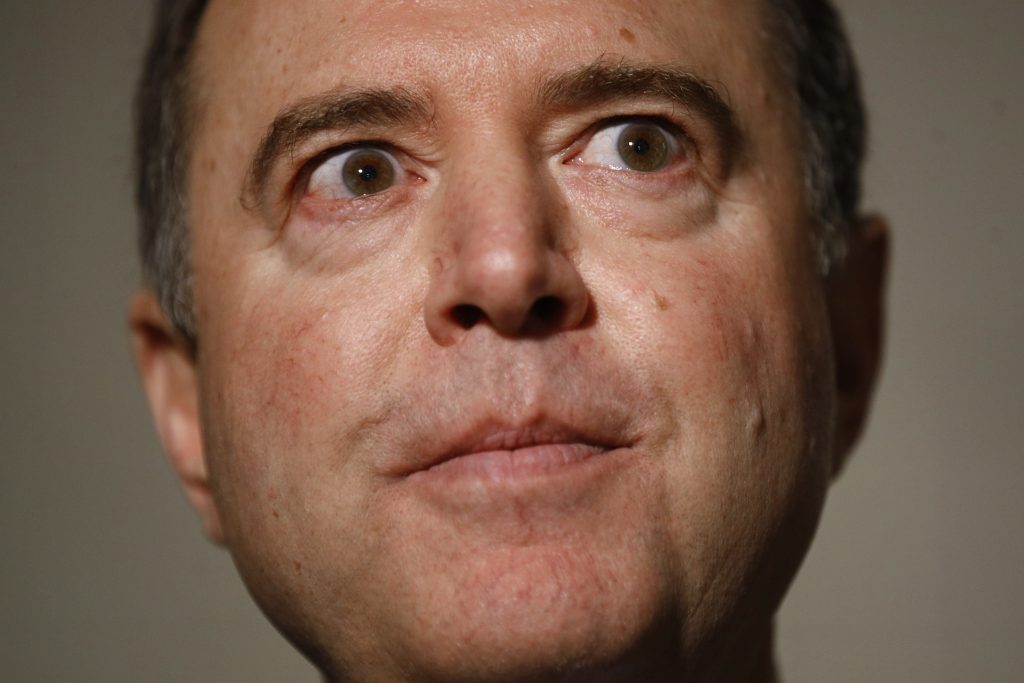 House Democrats said Monday that the House will vote Thursday to formalize procedures for the next phase of the impeachment inquiry into President Donald Trump.

Democrats said the move would “ensure transparency and provide a clear path forward” as the inquiry continues.

Earlier, House Intelligence Committee Chairman Adam Schiff, D-Calif., said that a former deputy national security adviser had “no basis in law” to skip a deposition Monday and that his failure to appear was further evidence of Trump’s efforts to obstruct Congress.

Charles Kupperman, who served as a deputy to former national security adviser John Bolton, filed a lawsuit Friday seeking guidance from a federal judge about whether he should listen to the executive branch, which has told him not to attend, or to Congress. Since there has not yet been a ruling, he declined to appear.

Kupperman listened in to the July 25 call in which Trump pressed Ukrainian President Volodymyr Zelensky to investigate former vice president Joe Biden and his son Hunter Biden. That call is at the center of the impeachment inquiry, which Trump and his Republican allies continued to attack Monday as unfair.

After failing to appear before House investigators, Kupperman issued a statement suggesting it would be in the best interest of all parties to have a court ruling on whether he should listen to the White House or Congress.

“Given the issue of separation of powers in this matter, it would be reasonable and appropriate to expect that all parties would want judicial clarity,” Kupperman said. 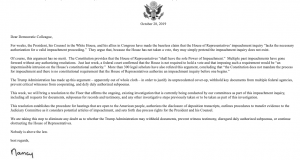 The move “establishes the procedure for hearings that are open to the American people, authorizes the disclosure of deposition transcripts, outlines procedures to transfer evidence to the Judiciary Committee as it considers potential articles of impeachment, and sets forth due process rights for the president and his counsel,” Pelosi said.

She added: “We are taking this step to eliminate any doubt as to whether the Trump administration may withhold documents, prevent witness testimony, disregard duly authorized subpoenas or continue obstructing the House of Representatives.”

The White House has repeatedly balked at providing documents to the House during the impeachment inquiry, arguing that Democrats had not held a vote to formally begin the process.

Following Kupperman’s failure to appear, a lawyer for another witness scheduled for deposition this week – Tim Morrison, the National Security Council’s Europe and Eurasia director – issued a statement saying that he still plans to appear if subpoenaed.

“Our plans have not changed: if subpoenaed, Mr. Morrison will appear,” Morrison’s attorney, Barbara Van Gelder, said in a statement.

Morrison could be a key witness.

Acting U.S. ambassador to Ukraine William Taylor has told investigators that Morrison was on the July call between Trump and Zelensky. Taylor said he spoke to Morrison several times about his concerns that Trump was using military aid as leverage to pressure Ukraine to investigate the Bidens.