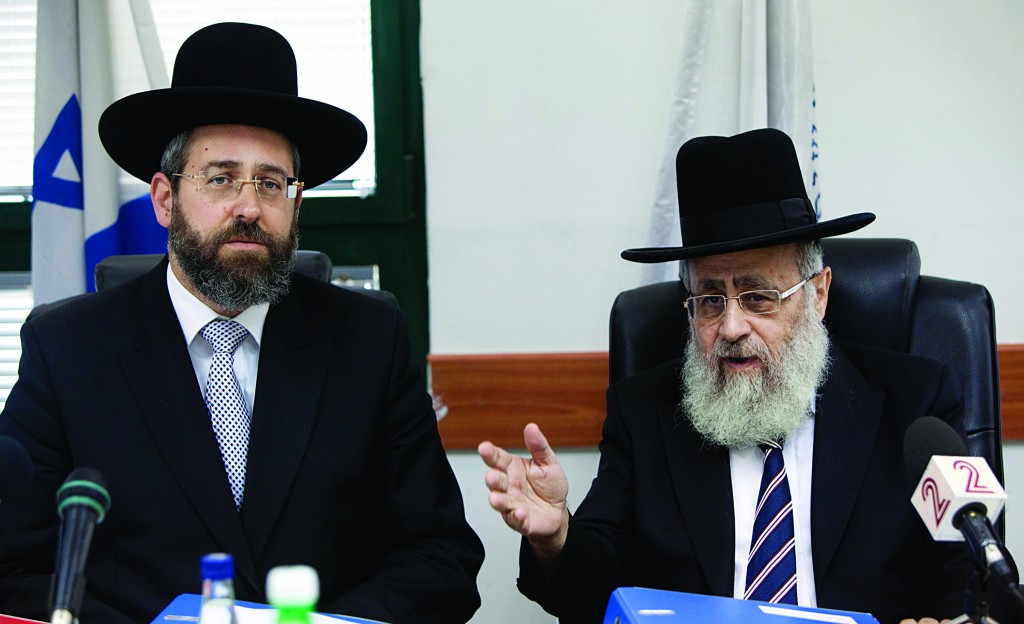 Representatives of the Chief Rabbinate of Israel, along with those of other faiths, signed a historic document on Monday calling on doctors around the world not to assist in killing people even if they are categorized as terminal patients.

Recent years have seen an increase in “mercy killing” in various countries such as the Netherlands, Belgium, Canada, and Australia, and in several U.S. states. There are hospitals in these countries that encourage certain doctors and medical personnel to disconnect terminal patients from cardio-pulmonary resuscitation machines, thereby allowing patients to expire in the absence of appropriate care, and even encourage families to actively end the lives of terminal patients by injecting toxins into their bodies; in extreme cases healthy people choose to end their lives assisted by doctors.

According to the Jewish faith, as well as the other monotheistic religions, this constitutes actual murder. In reaction to this and at the initiative of Rabbi Prof. Avraham Steinberg, an inter-faith committee was established to address the issue.

After lengthy discussion, the committee formulated a position paper on the importance of continuity of life and the meaning of murder for a patient, his family and even for the element carrying out the murder. Joining in this position paper were representatives of Sunni Muslims from Indonesia (the largest Sunni group in the world), and of the Greek Orthodox Church, as well as from other faiths around the world.

The signing ceremony for the declaration was held at Vatican City in Rome. A Chief Rabbinate delegation led by Supreme Rabbinical Council members Rabbi Ratzon Arousi and Rabbi Eliezer Simcha Weiss, together with Professor Steinberg, a representative of the Chief Rabbinate to the Inter-faith Conference that initiated the writing of the declaration, Chief Rabbinate Director General Rabbi Moshe Dagan, Oded Wiener and Rabbi David Rosen traveled – at the behest of the chief rabbis of Israel – to the Vatican in order to sign the document.

In a “sense of the Torah” letter, Sephardic Chief Rabbi Yitzhak Yosef wrote: “Killing terminal patients is certainly included under the prohibition ‘You shall not murder’ in the Ten Commandments. Happy is man – every man – that he was created in the Divine Image. Life is a gift from the Creator of the world which we cannot take – Heaven forfend! – from others.” Rabbi Yosef added: “However, every effort must be made to ease the suffering and the pain of patients approaching death, medically, spiritually and materially, without hastening their death.”

In a special letter on the occasion of the signing ceremony, Ashkenazi Chief Rabbi David Lau referred to the importance of the occasion and the fact that he was unable to attend and sign the position paper that unites the three monotheistic religions on this issue. He expanded on the importance of the value of life in Judaism including the principle that one may not hasten the death of any person even if there appears to be no chance of recovery. Rabbi Lau lent his support to the families that must face the suffering of a loved one but noted that they must remember that the importance of life must be upheld even in difficult times.

In conclusion, Chief Rabbi Lau wrote that Jewish law holds that ‘There is a severe prohibition on causing the death of any person even if he is in a difficult and terminal situation. In certain cases, it is possible to discuss refraining from prolonging life but no action may be carried out to shorten life. Whoever kills the dying, kills.” Chief Rabbi Lau ended his letter: “May it be His will that together we will instill this position in all humanity.”

Chief Rabbinate Council member Rabbi Eliezer Simcha Weiss thanked the representatives of the other faiths for their participation and for the important call and said that this was a historic and important day. He noted that this week’s Sabbath Torah portion was Noah (Genesis 6:9-11:32) in which the nations of the world are commanded to observe the seven precepts of Noah including the precept to preserve life and said that, “By this joint declaration, we are helping to keep this precept by the believers of all faiths.”