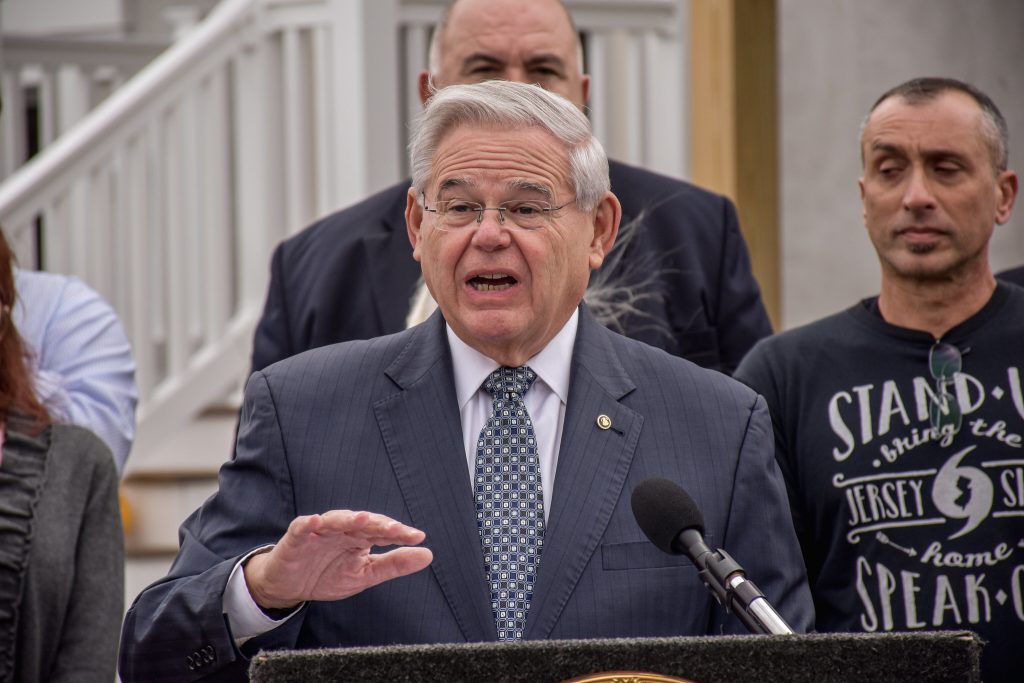 Tuesday marks the anniversary of the deadly storm, which caused widespread destruction along the East Coast, particularly in New Jersey and New York.

The New Jersey Department of Community Affairs says about 700 of the 7,400 people participating in its main post-Sandy rebuilding project still have not completed the program. Some of those, however, have been able to return to their homes as they wait to “close out” the complicated process.

The homeowner, whose home sits across the street from Barnegat Bay, said he was insured for $250,000 when the storm hit on Oct. 29, 2012. But despite sustaining $254,000 worth of damage, his insurance company initially only gave him $92,000 — half of which he says his mortgage company held onto.

That left him with little money to rebuild. He eventually participated in New Jersey’s main Sandy rebuilding aid project.

Joe Mangino, a leader of the New Jersey Organizing Project, lost his Stafford Township home to Sandy and was left homeless. He moved back into an unfinished home in 2015, and said he is still not “closed out” of the main Sandy rebuilding project.

“We are finished, but we are undone,” he said, adding that many aid recipients still live in fear of “clawbacks,” or government demands for repayment of aid that officials subsequently determine was excessive or wrongly approved.

The storm was blamed for at least 182 deaths in the U.S. and Caribbean — including 48 in New York and 12 in New Jersey — and more than $71 billion in damage in this country alone.