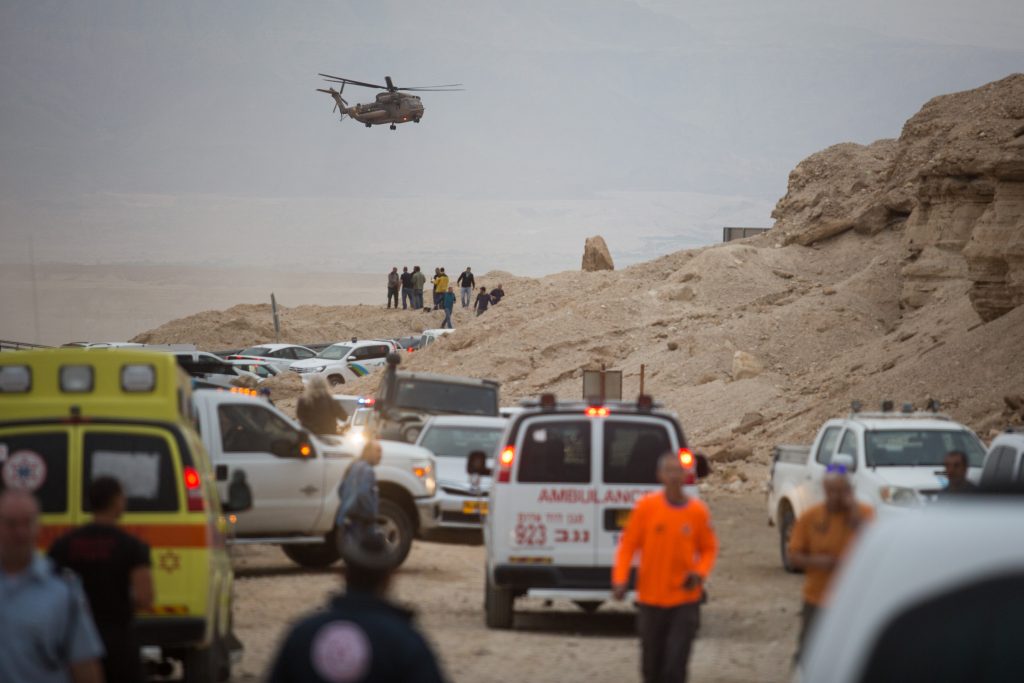 Indictments were filed Monday in the Be’er Sheva District Court against Yuval Kahan and Aviv Berdichev – respectively the head of the Bnei Zion pre-military academy, and the counselor who led a group of academy teens on a hike through Nachal Tzafit in southern Israel in April 2018. Ten teens lost their lives and two others were badly wounded as a flash flood rushed through the usually dry riverbed. The two are charged with manslaughter, accused of failing to take the possibility that a flood could occur seriously.

The indictment comes after State Prosecutor Shai Nitzan rejected claims in a hearing by the two that they had relied on field conditions that indicated it was safe to journey through the nachal. The indictment states that they had received numerous warnings from experts on hiking in the region, as well as weather reports, indicating that going on that hike at that time of year could be dangerous. “Their actions and mistakes led directly to the death of ten members of the group and serious injuries for two others. All this was done in a flippant manner, with the knowledge that they were taking a major risk.”

The teens were on an outing organized by the school when their bus was overtaken by flash floodwaters near Nachal Tzafit, a riverbed in the Arava located east of the Dead Sea. Investigators said that the teens ran off the bus when the floodwaters hit it, with many of them able to climb to higher ground in order to avoid the water – while the others who were unable to do so were swept away.

The police investigation attempted to determine who made the decision to send the students on the trip, despite the inclement weather and flood warnings for the region. The road where the tragedy occurred had not been closed by police, and no special permits were needed from security authorities in order to hike there, but prosecutors rejected that as a claim by the two that they were not responsible for the tragedy.

Police sources said during the questioning that Kahan and Berdichev provided conflicting versions of who decided that the outing, in extremely rough weather, was appropriate. The Negev was inundated with rain, and the danger of flash floods was high – but according to Berdichev, Kahan was determined to go through with the trip. Kahan, on the other hand, accused Berdichev of hiding from him key information, such as an e-mail from the Meteortek weather forecasting service specifically warning against an outing to the area.

After the tragedy, Israeli media broadcast social media messages sent by youths on the bus, indicating that many of them were concerned over the bad weather. In their messages to family and friends, teens wrote messages including “everything here is yellow [from the dust], how can we hike here,” “who decided that today would be a good day for this,” and with one youth writing, “I don’t think we are going to come out of this alive.” Guides working for the school accompanying the teens responded by writing “don’t worry, we can handle this – it’s going to be a great experience.”