Politics Tlaib Endorses Sanders, the Third ‘Squad’ Member to Do So
Politics 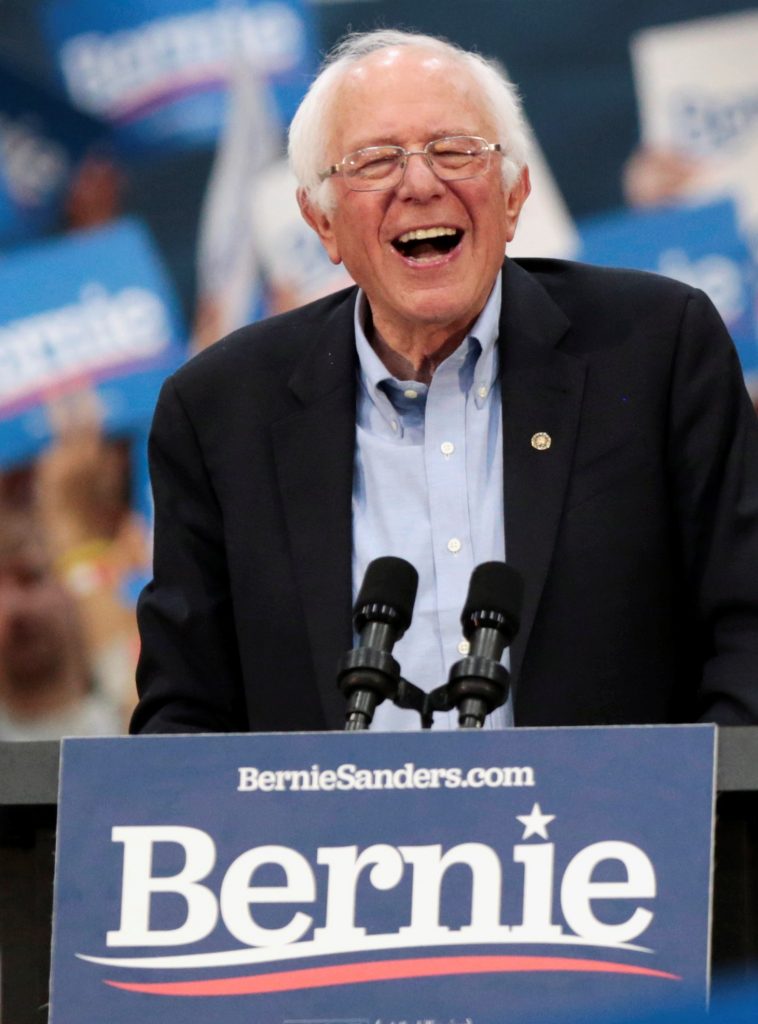 Sen. Bernie Sanders received an endorsement Sunday from Rep. Rashida Tlaib, a Michigan Democrat who becomes the third member of an influential group of liberal congresswomen known as the “Squad” to support his candidacy for president.

After touring areas in Tlaib’s congressional district together, Sanders and Tlaib appeared at a joint rally, where she lauded his push to curb the power of wealthy corporations and presented him as a champion of working-class Americans.

“We deserve someone who writes the bills,” said Tlaib, referencing Sanders’s blunt reminder at a debate that he authored sweeping Medicare-for-all legislation. “We deserve Bernie Sanders.”

Sanders praised Tlaib for “standing up to the vulgarity and ugliness of Donald Trump” and taking on “the greed and corruption of the economic establishment.”

“I will look to her for her leadership in Congress under a Sanders administration,” he added.

The endorsement, which has been widely anticipated, came less than two weeks after Sanders won the backing of Reps. Alexandria Ocasio-Cortez, D-N.Y., and Ilhan Omar, D-Minn., two other members of the Squad.

Allies of Sanders hope the support from these young and prominent women of color, all elected to Congress in 2018, will give his campaign a fresher and more youthful feel at a moment when his age and health have come under scrutiny. Sanders suffered a heart attack on Oct. 1, a point he referenced in an aside toward the end of his speech Sunday. “This comes from the bottom of my heart. And by the way, my heart is doing just fine,” said Sanders, who at age 78 is the oldest candidate in the field.

Sanders is also looking for ways to build more support for his campaign, which has trailed two others for months. Most polls show Sanders at third place in the Democratic primary behind former vice president Joe Biden and Sen. Elizabeth Warren, D-Mass.

It’s unclear whether the endorsements from members of the Squad, whose liberal ideologies are similar to Sanders’s, will ultimately help him accomplish that. The fourth member of the Squad, Rep. Ayanna Pressley, is neutral in the race. She represents a district in Warren’s home state of Massachusetts.

“We deserve a president who understands that the corporate assault on our lives existed before Trump,” Tlaib said. “And it will exist after Trump.”

Sanders struggled to win the support of African American voters when he ran against Hillary Clinton in 2016. Although he has taken steps to improve his performance in his current campaign, there has been little indication that his efforts have made a significant impact.

Winning support from members of the Squad has been a coup for Sanders, particularly when it comes to his competition with Warren. She’s had more success in the polls while running on a similar leftist platform and would make history as the first female president. Those factors led some Democrats to wonder in recent months whether Squad members might back her or stay neutral.

But Warren has also won influential backers, and some Democrats believe she is laying the foundation for a broader coalition of support. Warren recently earned the endorsement of Democratic Rep. Katie Porter, who won a competitive California congressional district in the 2018 midterm election.

Omar faced a rebuke from party leaders for suggesting that Israel’s allies in American politics were motivated by money rather than principle. She later apologized.

Sunday’s rally concluded a four-day, three-state swing for Sanders, his first extended campaign trip since his heart attack. On an “End Corporate Greed Tour” through Iowa on Thursday and Friday, Sanders started repeatedly framing his advanced age as an asset that he said reflects his lengthy and unrivaled record of liberal activism.

“There are advantages to being old,” Sanders said, pointing out his decades of liberal activism. “I’ve been on more picket lines, I expect, than all my opponents combined over the last 30 years.”