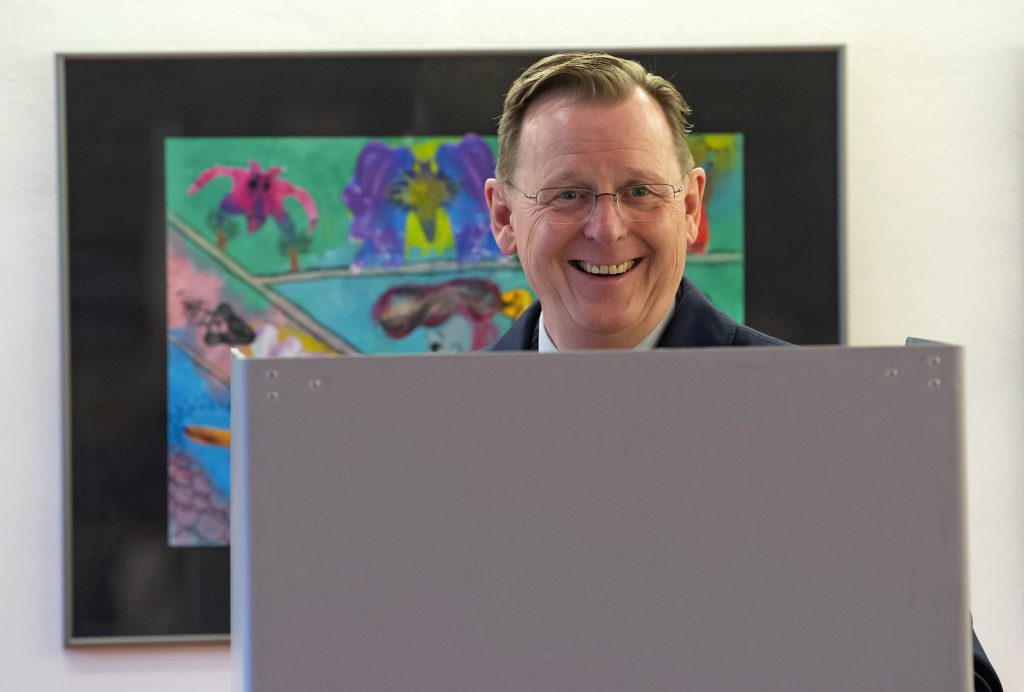 Chancellor Angela Merkel’s coalition faced a renewed setback with a resounding defeat in a state election and its main ally wavering over its support for the government.

Merkel’s Christian Democrats, who had ruled Thuringia without interruption from 1992 until 2014, plummeted 11 percentage points from 2014 to 22.5%, according to an exit poll by ARD TV on Sunday. At the same time, the populist right-wing AfD more than doubled its standing and was marginally ahead of the CDU at 24%, the poll showed.

The Social Democrats, Merkel’s junior coalition partner, lost roughly four percentage points to 8.5%. As a result, the incumbent Left party will no longer have sufficient support to govern Thuringia with its current alliance that also include the Greens.

The result in the eastern German state reflects the increasingly splintered political spectrum in Germany, where traditional centrist parties have been losing steadily. The refugee crisis, climate protests, and more recently an economic slowdown and geopolitical tension in Europe’s backyard have fueled rifts among and even within political parties.

“Since 1949, we have not had such a result, where the parties of the democratic center in Germany are unable to form a government,” CDU candidate Mike Mohring told reporters in Erfurt on Sunday night. “This is a really bitter result.”

It’s the latest sign of trouble for Merkel in the twilight of her chancellorship. Europe’s largest economy has slowed sharply and will expand a projected 0.5% this year, compared with 2.5% two years ago. At the same time, her designated successor, Defense Minister Annegret Kramp-Karrenbauer, has failed to gain traction in her party, while repeatedly stumbling as she seeks to win back voters from the far-right.

Kramp-Karrenbauer, who replaced Merkel as chief of the CDU late last year, fueled animosity in the coalition when she proposed a peace-keeping force for northern Syria involving German troops without consulting the SPD.

On Saturday, the SPD failed to end months of debate over whether to leave government. Finance Minister Olaf Scholz, the only candidate who unequivocally backed staying in government, won a first-round party leadership ballot but had only a narrow margin over the runner-up.

Candidates of the leftist camp that favor easing Germany’s fiscal rigor and exiting the coalition got more than half of the vote, versus Scholz’s 22.7%.

The run-off vote is scheduled to conclude Nov. 30, and the party is to decide in December whether to stay in the coalition.