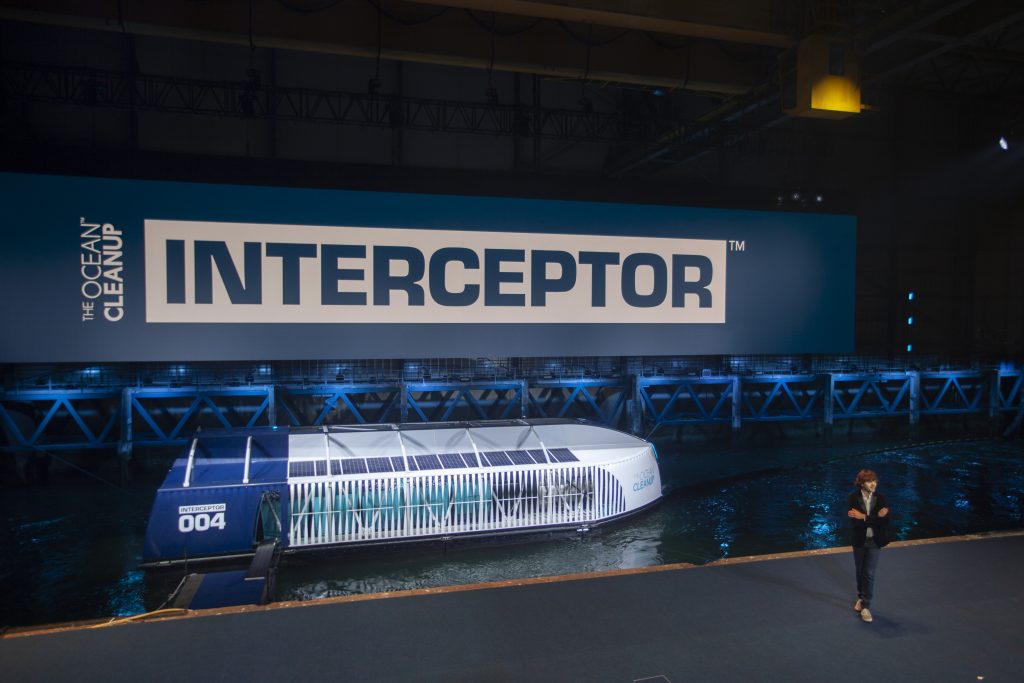 A young Dutch inventor is widening his effort to clean up floating plastic from the Pacific Ocean by moving into rivers, too, using a new floating device to catch garbage before it reaches the seas.

Twenty-five-year-old university dropout Boyan Slat founded The Ocean Cleanup to develop and deploy a system he invented when he was 18 that catches plastic waste floating in the ocean.

On Saturday he unveiled the next step in his fight: A floating solar-powered device that he calls the “Interceptor” that scoops plastic out of rivers as it drifts past.

“We need to close the tap, which means preventing more plastic from reaching the ocean in the first place,” he said, calling rivers “the arteries that carry the trash from land to sea.”

Slat’s organization has in the past drawn criticism for focusing only on the plastic trash already floating in the world’s oceans. Experts say 9 million tons of plastic waste, including plastic bottles, bags, toys and other items, flow annually into the ocean from beaches, rivers and creeks, endangering marine life in the oceans, including whales.

Three of the machines have already been deployed to Indonesia, Malaysia and Vietnam — and a fourth is heading to the Dominican Republic, he said.

Izham Hashim from the government of Selangor state in Malaysia was present at the launch and said he was happy with the machine.

“It has been used for 1 1/2 months in the river and it’s doing very well, collecting the plastic bottles and all the rubbish,” he said.

Slat said he believes 1,000 rivers are responsible for some 80% of plastic pouring into the world’s oceans and he wants to tackle them all in the next five years.

“This is not going to be easy, but imagine if we do get this done,” he told his audience of enthusiastic supporters, who whooped, clapped and cheered at his announcements. “We could truly make our oceans clean again.”

Slat used his live-streamed unveiling to appeal for support from countries committing to clean up their rivers and businesses, prepared to inject funding and help with the operation of the devices.

The vessel is designed to be moored in rivers and has a shaped nose to deflect away larger floating debris like tree trunks. The interceptors work by guiding plastic waste into an opening in its bow; a conveyor belt then carries the trash into the guts of the machine where it is dropped into dumpsters. The interceptor sends a text message to local operators who can come and empty it when it’s full.

Slat showed off how it worked by dumping hundreds of yellow rubber ducks into the water at the launch event in Rotterdam’s port. The interceptor caught nearly all of them.

The machines currently cost about 700,000 euros ($775,600), but Slat said the cost will likely drop as production increases.

Jan van Franeker of the Wageningen Marine Research institute has been critical of The Ocean Cleanup in the past, but said the new device looks promising.

“I am really happy they finally moved toward the source of the litter,” he said in a telephone interview. “The design, from what I can see, looks pretty good.”

Slat argued that the economic impact of not picking plastic out of rivers is higher than the cost of buying and using the machines.

“Deploying interceptors is even cheaper than deploying nothing at all,” he said.