World ANALYSIS: Al-Baghdadi’s Death a Blow, But IS Has Survived Other Losses
World 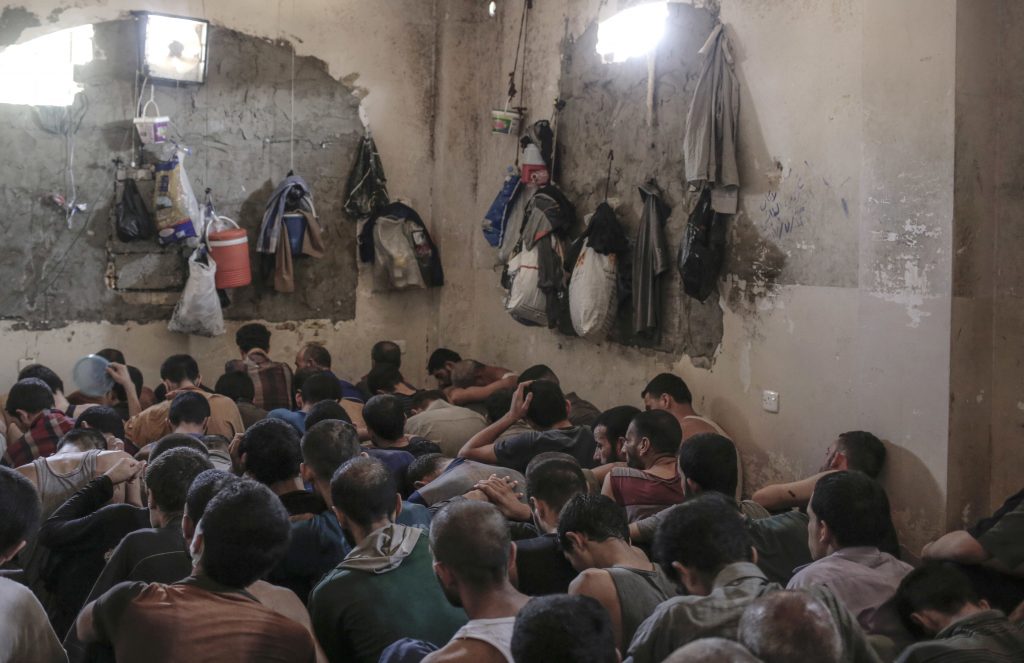 The death of Islamic State leader Abu Bakr al-Baghdadi marks the demise of one of the most brutally effective jihadist leaders of modern times — a man who commanded tens of thousands of fighters from around the world, carved out a territorial caliphate in the Middle East and refined a horrific ideology that survives him.

U.S. President Donald Trump announced Sunday that al-Baghdadi died in a U.S. raid in Syria after he was chased into a tunnel with three of his children and set off a vest of explosives. IS lost its last foothold of territory earlier this year to U.S.-backed Kurdish-led forces, but al-Baghdadi had continued to exhort remnants of the group to carry out attacks.

His death is a major blow, but the terrorist group has survived the loss of previous leaders and military setbacks going back to the aftermath of the 2003 U.S.-led invasion of Iraq.

A look at al-Baghdadi’s death and what it means going forward:

Born Ibrahim Awwad Ibrahim Ali al-Badri al-Samarrai in 1971 in Samarra, Iraq, he adopted the nom de guerre al-Baghdadi and joined the Sunni insurgency against U.S. forces after the 2003 invasion. He was detained by U.S. troops in February 2004 and spent 10 months in the Camp Bucca prison in southern Iraq.

He eventually assumed control of the Islamic State of Iraq, an al-Qaida linked group founded by Abu Musab al-Zarqawi, a Jordanian terrorist killed in a U.S. airstrike in Iraq in 2006. Under al-Baghdadi, the group expanded into neighboring Syria, exploiting the chaos unleashed by that country’s 2011 uprising and civil war.

In the summer of 2014, his fighters swept across eastern Syria and northern and western Iraq, eventually carving out a self-styled “caliphate” in a third of both countries. In early July, al-Baghdadi made his first public appearance, delivering a sermon in a centuries-old mosque in the Iraqi city of Mosul and declaring himself caliph, or leader of the world’s Muslims.

Under his leadership, the group carried out a wave of atrocities. They massacred captives, beheaded journalists and aid workers, and threw individuals from the rooftops of buildings. They gleefully broadcast the killings with slickly produced videos and photos on social media.

WAS HE A THREAT TO OTHER COUNTRIES?

Al-Baghdadi repeatedly urged his followers to attack a list of enemies that came to include much of the world, including the United States and other Western countries, Shiite Muslims whom he deemed apostates, and even devout Sunni Muslims who rejected his group’s ideology.

Unlike Osama bin Laden and other jihadists who strove to carry out 9/11-style attacks that would capture world attention, al-Baghdadi exhorted followers to do whatever they could with the weapons they had at hand. His group claimed scores of attacks worldwide, including so-called lone wolf attacks with no direct connection to the group.

The terrorist group attracted tens of thousands of foreigners to whom it provided advanced military training, and spawned powerful affiliates in Egypt, Libya, Afghanistan and elsewhere that continue to carry out attacks.

WHAT EFFECT WILL HIS DEATH HAVE?

As the world’s most-wanted terrorist with a $25 million U.S. bounty on his head, al-Baghdadi’s ability to run the day-to-day affairs of IS was probably very limited. He would have had to move among various safe houses with a small group of loyalists and avoid using electronic communications that could be tracked by intelligence agencies.

But he was an imposing figurehead, and his ability to elude the world’s most powerful intelligence services for so many years added to his mystique among his followers. He proved to be a highly effective leader and will be hard to replace.

Al-Baghdadi never publicly designated a successor, and many of his top deputies have been killed. His death could spark infighting among prospective successors, potentially further weakening the group.

IS THIS THE END OF THE ISLAMIC STATE?

The Islamic State terrorist group in its various forms has survived the death of several leaders and senior commanders. It has been able to replenish its ranks by attracting Sunni Muslims in the Middle East who feel oppressed by their governments, as well as foreigners attracted by the group’s austere vision of Islam, its ultra-violent tactics, or both.

It still boasts powerful affiliates in other countries, and remnants of the original group continue to carry out sporadic attacks in both Syria and Iraq.

Perhaps even more worrying are the tens of thousands of IS fighters and supporters detained across the Middle East, including those held by Kurdish fighters in eastern Syria. The U.S. decision this month to pull out of Syria and abandon its former allies to a Turkish invasion allowed hundreds of IS supporters to escape and raised concerns about the security of other facilities.

It’s possible that a future IS leader is wearing a prison jumpsuit, quietly recruiting supporters within concrete walls lined with barbed wire and plotting his next move — just as al-Baghdadi once did.