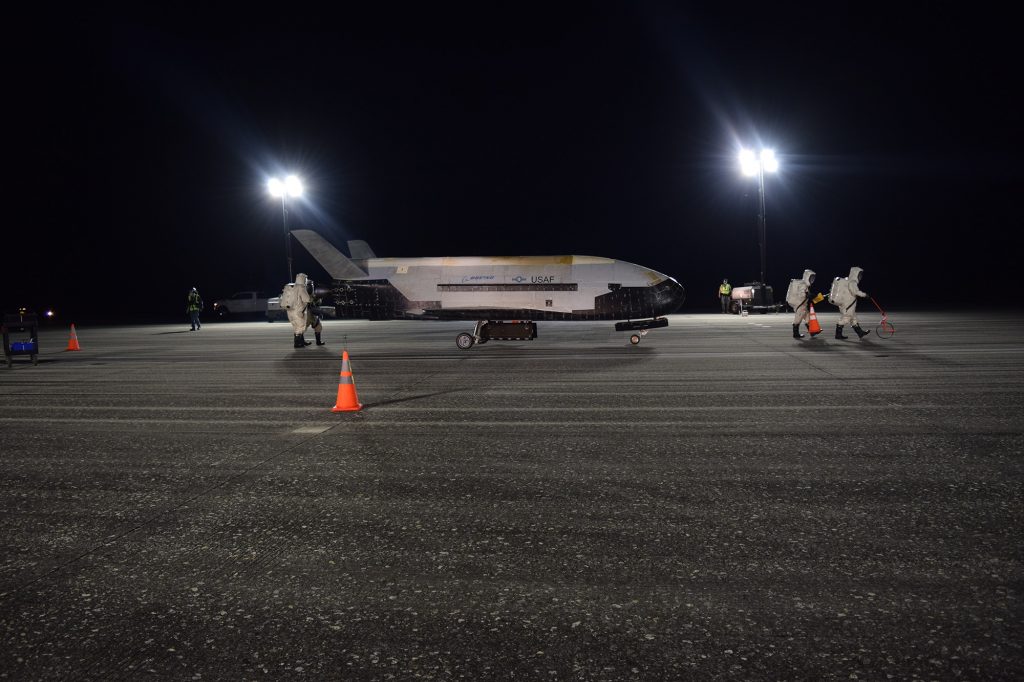 The covert orbital test mini-shuttle, named X-37B, arrived at the Kennedy Space Center’s Shuttle Landing Facility at 3:51 a.m. on Sunday after being in orbit for two years since its initial launch on Sept. 7, 2017.

“The safe return of this spacecraft, after breaking its own endurance record, is the result of the innovative partnership between Government and Industry,” said Air Force Chief of Staff Gen. David L. Goldfein in a press release.

This was the second time the X-37B shuttle landed at the Kennedy Space Center, as the fourth mission landed after 718 days in orbit on May 7, 2017.

X-37B is the Air Force’s reusable and unmanned spacecraft that has taken multiple classified missions to recover experiments and has been tested in a long-duration space environment.

The sixth mission for X-37B is prepared to launch from Cape Canaveral Air Force Station in Florida for 2020.