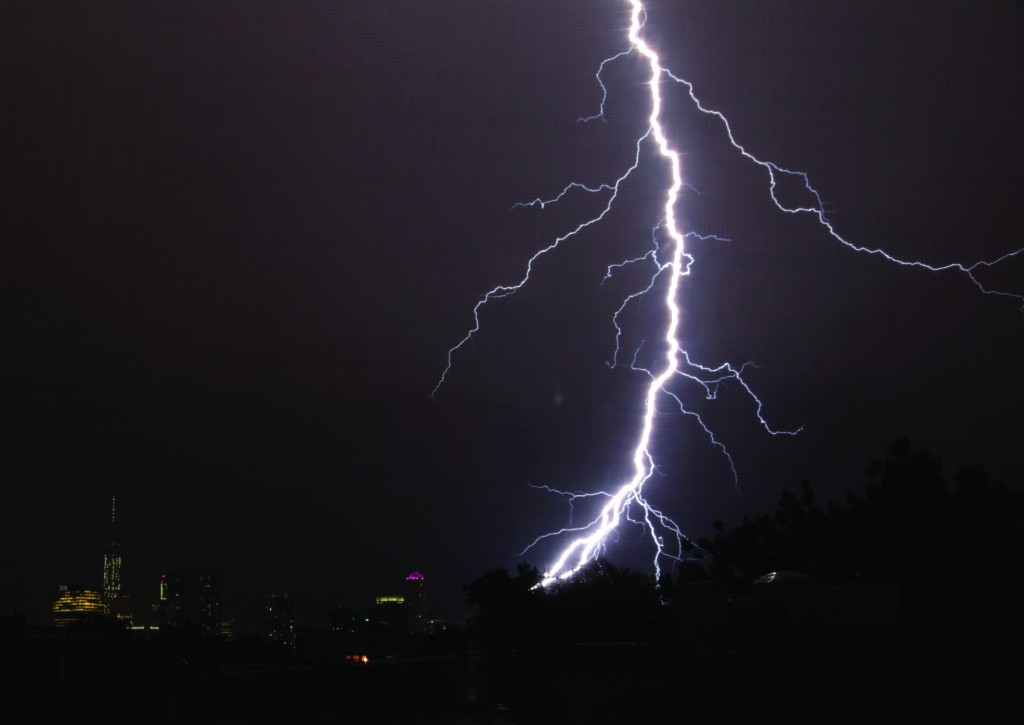 Israel experienced a wild weather weekend – with a new record set Motzoei Shabbos for the amount of lightning in the country’s skies – but the copious amount of rain was not enough to reverse the summer-long evaporation of the Kinneret, which on Sunday showed a reduction on water level compared to last week.

According to the Israel Electric Company, a lightning storm Motzoei Shabbos over the Tel Aviv area  had by far more lightning bolts than any ever recorded. Between 7:00 and 10:00 p.m., the storm yielded 700 bolts of lightning; the previous record for a single storm had been 160 bolts in an entire day.

Weather experts said that such large amounts of lightning in Israel were extremely rare, as lightning and thunderstorms develop when hot and cold air clash in the atmosphere – and it generally does not rain in central Israel until the atmosphere turns cooler. While there were several blackouts in various parts of the Tel Aviv area, bederech nes no major installations, electric or otherwise, were hit by lightning, and there were no reports of people being struck either.

The lightning was accompanied by large amounts of rain. Much of the rain fell in the south, which was on the outskirts of the “Medicane” – a tropical-like storm that hits the Mediterranean every few years. Most of the rain fell in the ocean, but quite a lot fell in many areas of the country, including the north. In the Arava region in southern Israel, more rain fell on Saturday than usually falls in the entire winter season; in the town of Paran, for example, 32 millimeters of rain fell, while the annual average there is 30 mm.

But the rain that fell in the north was not enough to put the Kinneret in “winter mode,” when it starts re-accumulating water that is lost to summer evaporation. The lake was 1.75 centimeters lower than when measured last Thursday, with a current level of 211.815 below sea level. One centimeter of water in the Kinneret is “worth” 1.67 million cubit meters of water.