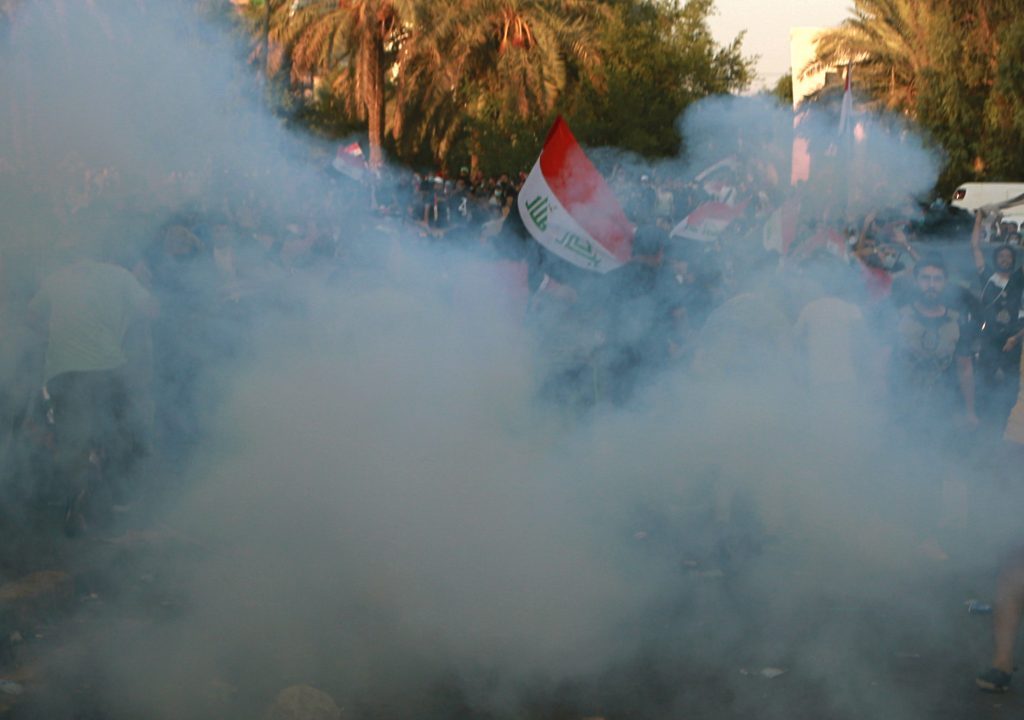 At least 10 Iraqis were killed and dozens wounded on Saturday, police and hospital sources said, as demonstrators and security forces clashed in a second day of protests against Prime Minister Adel Abdul Mahdi’s government.

The unrest followed violence on Friday in which at least 52 people were killed around the country as protesters vented frustration at political elites they say have failed to improve their lives after years of conflict and economic hardship.

In Baghdad, security forces lobbed tear gas to try to disperse demonstrators in Tahrir Square. Four were killed after being struck directly in the head by tear gas canisters, police and hospital sources said. Two people were in critical condition from similar injuries.

Abdul Mahdi chaired a meeting of his top security commanders on Saturday night, as security forces attempted to clear the square ahead of Sunday’s start to the work week.

By nightfall, members of the security forces issued warnings on loudspeakers, lobbed a volley of tear gas at the crowd and chased protesters into narrow side streets.

Four protesters were killed and 17 people were wounded amid chaos in the southern city of Nasiriya, where demonstrators came out in their thousands despite the heavy presence of security forces.

The deaths occurred when a group of protesters broke off from thousands gathered in central Nasiriya to storm the house of a local security official, police said. Guards opened fire after the protesters torched the building, police said.

Earlier in October, 157 people were killed and more than 6,000 wounded in other clashes between protesters and security forces.

The unrest has broken nearly two years of relative stability in Iraq, which from 2003 to 2017 went through a foreign occupation, civil war and an Islamic State insurgency.

It posed the biggest challenge to Abdul Mahdi since he took office just a year ago. Despite promising reforms and ordering a broad cabinet reshuffle, he has so far struggled to address the protesters’ discontent.

Adding further pressure to his premiership, the parliamentary bloc linked to Shiite cleric Moqtada al-Sadr announced it was going into opposition on Saturday.