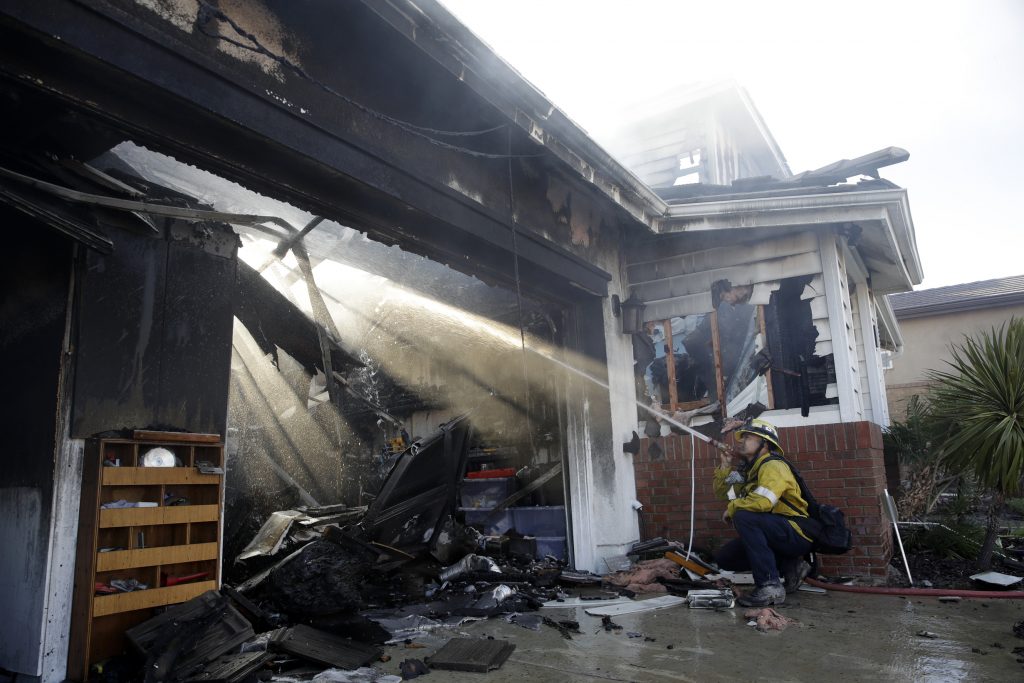 Authorities ordered at least 50,000 residents to evacuate towns near a massive Northern California wildfire Saturday, and the state’s largest utility announced power shut-offs for an estimated 2.35 million people due to forecasts of severe winds and extreme fire danger.

Two previous electricity shut-offs in recent weeks were carried out amid concern that gusty winds could disrupt or knock down power lines and spark devastating wildfires.

Some gusts this weekend might reach 75 mph or higher as part of a “historic” wind event, the National Weather Service warned.

Pacific Gas & Electric said a new wave of blackouts would be implemented in stages through the evening, affecting about 940,000 homes and businesses in 36 counties for 48 hours or longer. The city of San Francisco was not in line for a blackout; shut-offs were ordered for most of the rest of the San Francisco Bay Area, the wine country to the north and the Sierra foothills.

The entire communities of Healdsburg and Windsor were ordered to evacuate ahead of strong winds that could lead to erratic fire behavior near the blaze burning in wine country.

The Sonoma County Sheriff’s Office said it would be the biggest evacuation in the county in more than 25 years.

“The winds are expected anywhere between 8 p.m. and midnight and from all reports they’re expected to be extremely strong,” said Brian Vitorelo with the California Department of Forestry and Fire Protection.

The weekend forecasts detail what could be the strongest winds of the year coupled with bone-dry humidity. Many homes and business facing power shut-offs were far from current fires. PG&E cast the blackouts as a matter of public safety, aimed at preventing the kind of blazes that have killed scores of people over the past couple of years, destroyed thousands of homes, and ran up tens of billions of dollars in claims that drove the company into bankruptcy.

The possible link between the wine country fire and a PG&E transmission line contained grim parallels to a catastrophic fire last year that tore through the town of Paradise, killing 85 people and destroying thousands of homes in the deadliest U.S. fire in a century.

State officials concluded that fire was sparked by a PG&E transmission line.