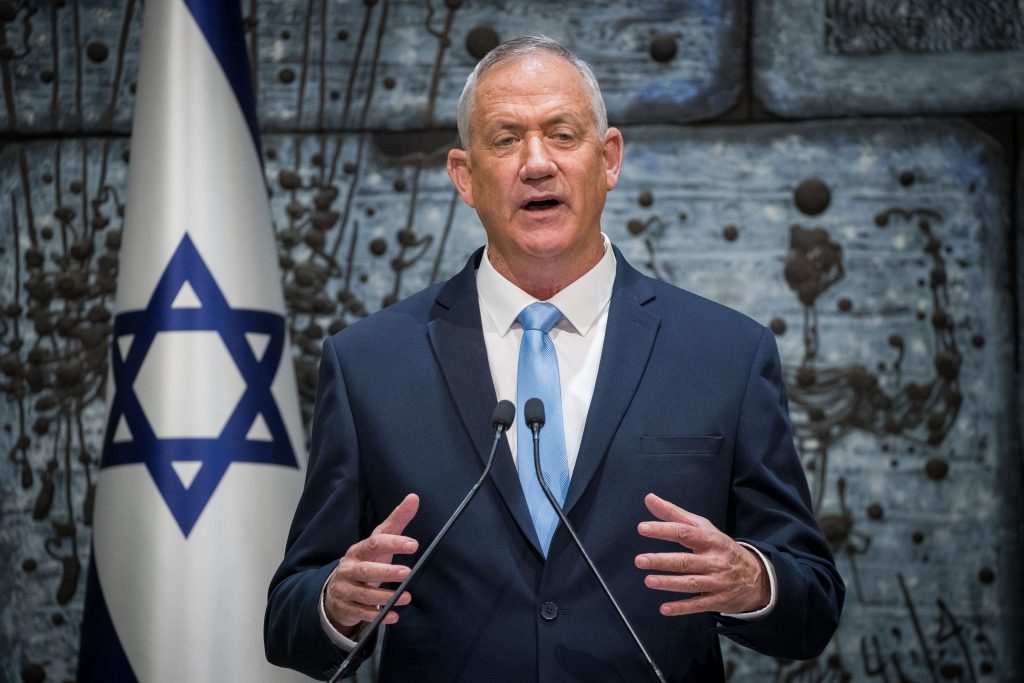 On his first full day of his appointment by President Reuven Rivlin to form a government, Benny Gantz on Thursday spoke to nearly all party leaders – but appeared to be no closer to his goal, as members of the right-wing religious bloc formed by Prime Minister Binyamin Netanyahu unanimously told him that they were strictly interested in serving in a government headed by Netanyahu, or at least one in which he had a rotation agreement with Gantz.

And that is unlikely to change, a senior Likud official told Yisrael Hayom. “To form a government Gantz needs one of the parties in the right-wing bloc, and there is no scenario in which any party in the bloc will leave to join Gantz’s government without the rest of the bloc.

Recounting his conversation Thursday with Gantz, Shas head Rabbi Aryeh Deri said that he congratulated the Blue and White head on his appointment, “and I told him that if he truly wants a unity government, the only path was that laid out by Rivlin.” When Rivlin appointed Netanyahu to form a government last month, he met with the prime minister and with Gantz, recommending that they form a unity government between themselves that would deal with major issues such as budget and defense, leaving other issues such as religion and state for another time, with Netanyahu taking the helm first. If indicted in one of the criminal investigations against him, Netanyahu would recuse himself to deal with the legal issues, returning if and when cleared, with Gantz running things during the interim. The Likud has accepted the plan, but Gantz and his partner, Yair Lapid, have rejected it.

Speaking to Reshet Bet Thursday, Deri said that “the reason Gantz wants to meet with all the parties is to try and whittle away at the right-wing religious bloc – and the bloc will not be whittled. In the end he will have to go to the Likud, why wait 28 days to come to that conclusion? I want to see an inclusive unity government. Gantz should do that instead of listening to bad advice he has been getting,” hinting in that comment to Lapid, who has been opposed to any talk of a unity government with Netanyahu.

While Gantz spoke on the phone Thursday with nearly all party leaders, a number of them – including United Torah Judaism’s Rabbi Yaakov Litzman – told him that they were not even interested in a face-to-face meeting. As of Friday, Gantz has managed to set up just one meeting – with Labor heads Amir Peretz and Orly Levy-Abukasis, set for Monday.

A report on Channel 12 said that Blue and White officials were realizing that this might be their one chance to be an important part of the government, and that there was an increasing likelihood that Gantz would indeed seek a deal with Netanyahu, allowing the prime minister to serve first, and/or bringing in the entire right-wing religious bloc. But officials denied that Friday, telling Yisrael Hayom that “any deals we are preparing to make will not be the ones you hear about in the media.”