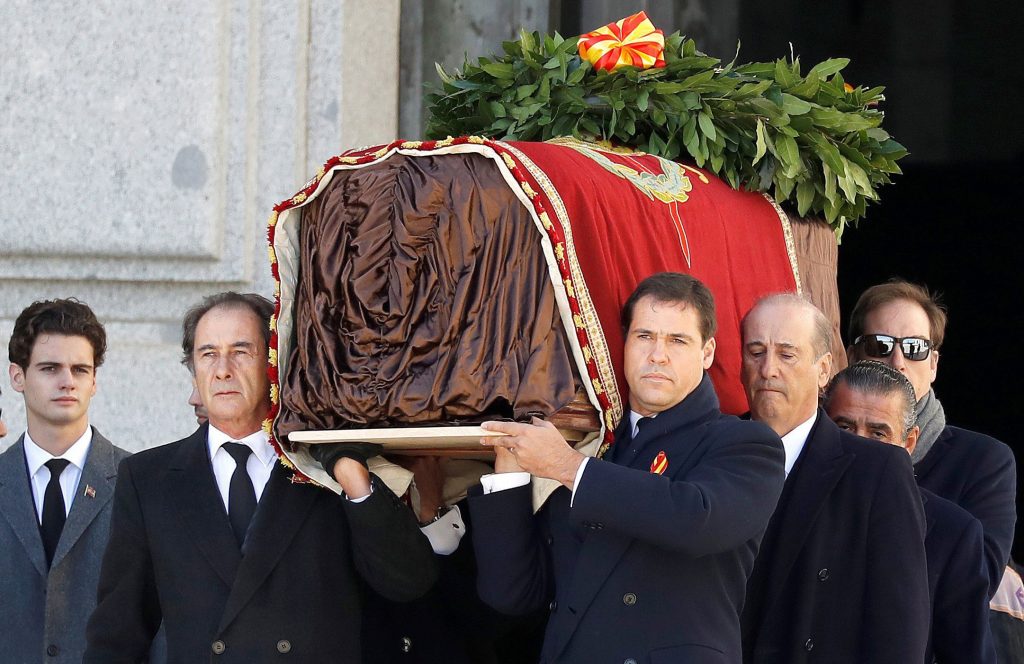 Almost 45 years after his death, the remains of former dictator Francisco Franco have been exhumed in Spain.

Family members carried his coffin on Thursday from the burial site in the massive mausoleum in the so-called Valley of the Fallen, northwest of Madrid.

Franco’s remains are now to be transported via helicopter to the Mingorrubio cemetery to the north of the city, where his widow was buried.

The exhumation was preceded by a legal and political battle that raised divisive questions over his legacy.

“The exhumation of Franco’s remains should help us reflect on what this means for the image of our country and for democracy,” deputy premier Carmen Calvo wrote on Twitter.

Hundreds of supporters of the right-wing tyrant, who ruled Spain from 1939, when his forces won the Spanish Civil War, until his death in 1975, protested against the exhumation on Thursday.

The dictator built the Valley of the Fallen as a memorial for those who died on his side of the Spanish Civil War. It is now mainly a pilgrimage site for Franco followers and right-wing extremists.

The Spanish government decided to remove Franco’s body from the site as part of a bid to transform the memorial into a place of national reconciliation.

The exhumation has been criticized by right-wing politicians, and is taking place at a time of heightened political tension, with general elections just weeks away on November 10.

Franco’s family lost a legal battle to keep the dictator’s remains in the Valley of the Fallen or have them taken to a family burial site in the Almudena Cathedral in central Madrid.