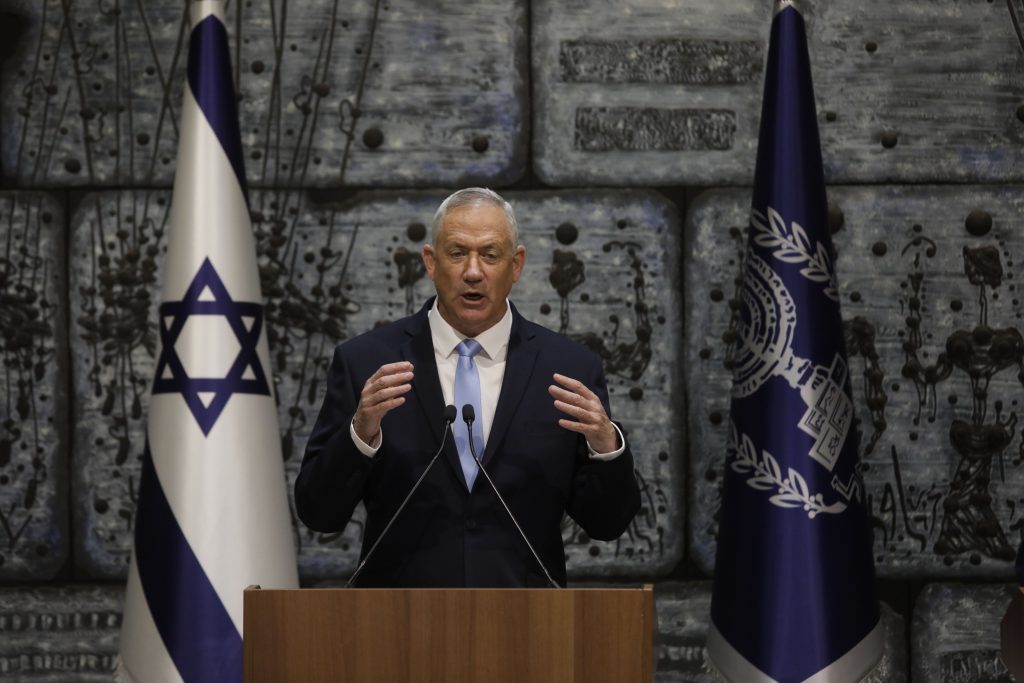 The Blue and White party is reportedly moving toward a compromise with the Likud to form a unity government, possibly along the lines that President Reuven Rivlin proposed a month ago when he tasked Israeli Prime Minister Binyamin Netanyahu‏‏ with making a coalition, according to media reports on Thursday night.

Rivlin’s plan called for Netanyahu to be prime minister first and then suspend himself while fighting corruption charges. During that period, Benny Gantz would take over as a fully empowered prime minister after initially serving as vice prime minister.

Sources in the party told The Times of Israel that a majority of Blue and White’s 33 MKs are now willing to back the Rivlin idea at least as a basis for negotiations with Likud.

Channel 12’s version of developments had Blue and White discussing an either/or offer to Likud: Netanyahu going first as prime minister or taking his bloc of 55 right-wing and chareidi MKs into the coalition, but not both.

The reports of a compromise with Likud come after reports earlier on Thursday about the possibility of Gantz accepting outside support from the Arab Joint List to bolster a minority government. However, sources in Blue and White said that, as of now, most of their members would not go along with such an arrangement.

They said Gantz himself opposed the idea, even if it should be his only option for forming a government in which he serves as prime minister from the outset, according to the Times.

Meanwhile, it was announced that Gantz will be the keynote speaker at the annual memorial ceremony for former prime minister Yitzhak Rabin, an event regularly attended by tens of thousands from Israel’s center and left, which Gantz purports to represent.