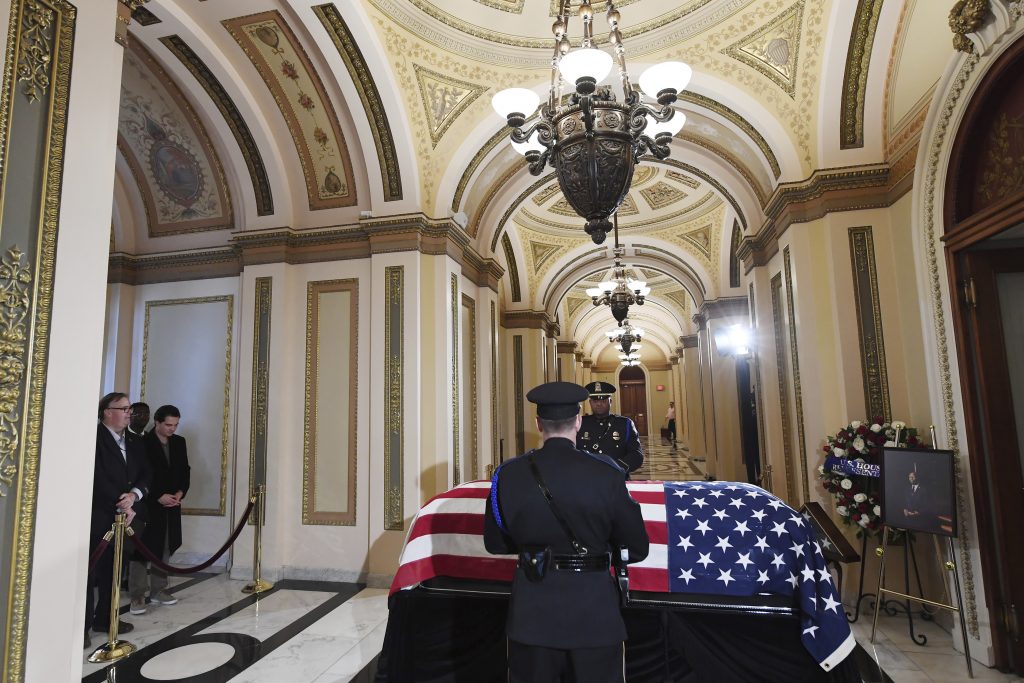 The body of longtime congressman Elijah E. Cummings is lying in state Thursday at the U.S. Capitol, during a day of tributes by members of Congress and opportunities for the members of the public to pay their respects.

Cummings is the first African American lawmaker to be honored in this way in the Capitol.

Two other African Americans have received the honor, known as lying “in honor” for non-elected officials: Civil rights icon Rosa Parks, in 2005, and Capitol Police Officer Jacob Chestnut Jr., who was killed in 1998 by a gunman who had burst into the Capitol.

Two military guards stood at attention at either end of the coffin.

House Speaker Nancy Pelosi (D-Calif.), said Cummings would lie in repose on the same “catapult” that held the remains of Abraham Lincoln. She described Cummings as a mentor to generations of young political leaders, quoting his frequent refrain that children are “the messages to a future we will never see.”

Cummings, a Democrat, who chaired of the House Oversight and Reform Committee, died Oct. 17, at age 68. Former presidents Barack Obama and Bill Clinton will be among those delivering remarks at his funeral Friday at the church in West Baltimore, where Cummings worshiped for decades.

When committee assignments were made, Pelosi recalled, Cummings wanted as many freshmen as possible in his committee. “I love their potential and I want to help them realize it,” he said, according to Pelosi.

A public viewing, which visitors could access through the Capitol Visitors Center, was scheduled from 1 p.m. to 7 p.m.