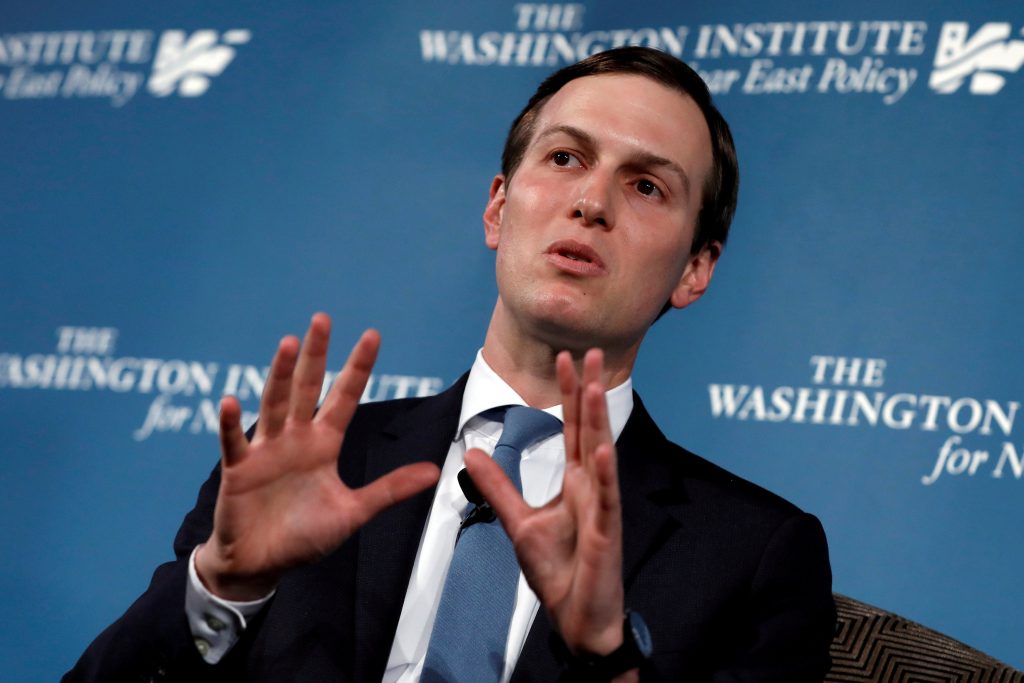 White House senior adviser Jared Kushner will lead a U.S. delegation to Israel next week to meet Prime Minister Binyamin Netanyahu and MK Benny Gantz (for the first time)- who was given Wednesday the mandate to form the next government after Netanyahu failed.

Kushner has been leading President Donald Trump’s effort to develop a peace plan for Israelis and Palestinians.

After proposing a $60-billion aid package for the region last summer, he has yet to unveil a proposed political plan that gets at the thorniest issues in the decades-old conflict, with Netanyahu struggling to form a governing coalition.

Kushner is traveling with his two main deputies, Avi Berkowitz and Brian Hook, as well as Treasury Secretary Steven Mnuchin, to meet Netanyahu and Gantz,

They are not expected to release the political plan but want to get a sense of coalition building and where the effort stands, a U.S. official said.

While in the region Kushner will also attend an economic conference in Riyadh, Saudi Arabia, the official said.