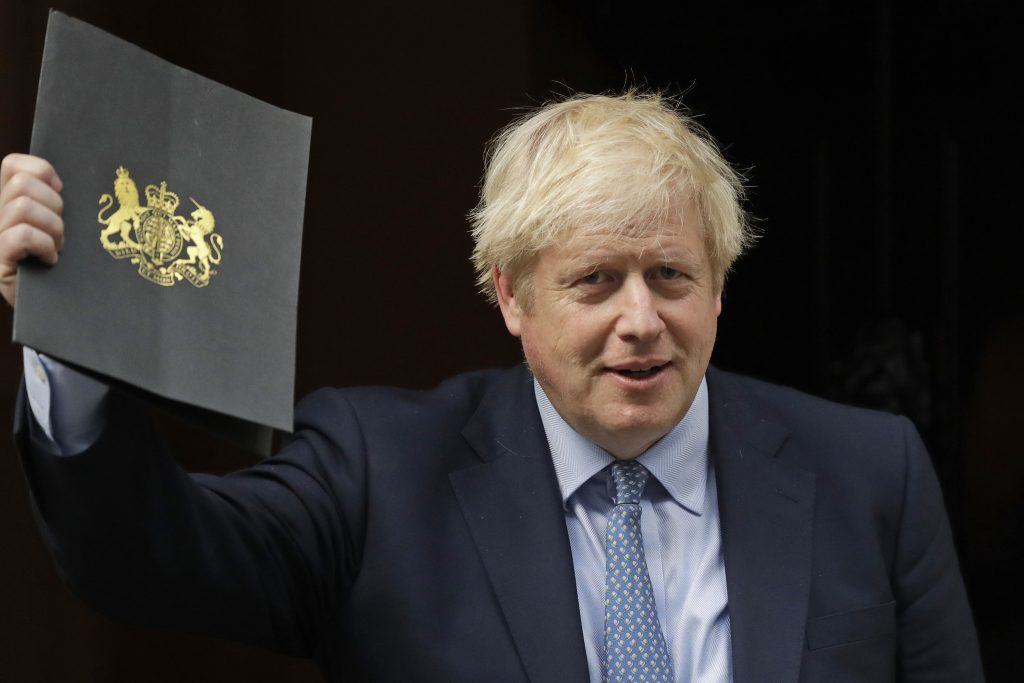 British Prime Minister Boris Johnson appears to be pushing for an early general election after Parliament blocked a fast-track plan to approve his Brexit deal before Britain’s scheduled departure from the European Union on Oct. 31.

Lawmakers on Tuesday backed the substance of Johnson’s divorce deal but rejected plans to allow only three days of debate before final consideration of the legislation, saying it didn’t provide enough time for scrutiny.

The government is now waiting for the EU’s response on a possible extension of the Brexit deadline.

Justice Secretary Robert Buckland told the BBC on Wednesday that Parliament’s failure to break the logjam means “we are left with the option of a general election … That seems to me to be the only way to break this impasse.”