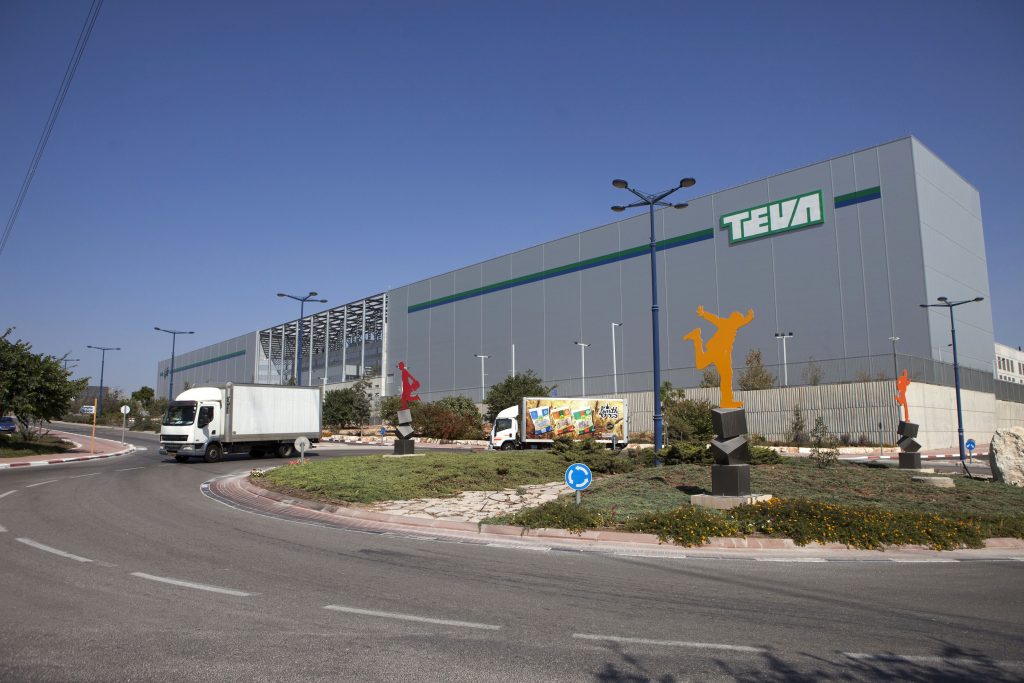 The market reaction to a settlement in the opioid cases that have been hanging over Israeli generic drugmaker Teva was nearly euphoric, as the company’s share price jumped over 11 percent on the Tel Aviv Stock Exchange.

Teva stocks also climbed 8.67 percent on the New York Stock Exchange on Monday, when the news broke of a last-minute agreement to avoid a potentially much more damaging trial.

The company announced it had reached an agreement with a group of attorneys-general from North Carolina, Pennsylvania, Tennessee and Texas, as well as certain defendants, for a global settlement framework worth $23 billion.

That could put to rest more than 2,600 opioid-related claims faced by Teva and several U.S. drug distributors. According to the proposed settlement, Teva would donate Suboxone – a prescription medicine used to treat opioid addiction – up to the amount required to meet the majority of the currently estimated U.S. patient need over the next 10 years, valued at approximately $23 billion. The company would also pay out $250 million in cash over the same period.

Teva “is pleased to positively contribute to solving the nationwide opioid epidemic,” the company said. “Teva has consistently committed to complying with all laws and regulations regarding its manufacture and sale of opioids,” and noted that the settlement included no admission of liability.”

But if Teva executives and shareholders were elated, the settlement quickly became the focus of scathing criticism.

Reuters asserted that the proposed $23 billion drug giveaway “will likely cost the company a fraction of that figure due to how it has valued those medicines, according to a Reuters review of pricing data and industry analysts.”

“When Teva announced the value of the donated medicine – a generic version of opioid addiction treatment Suboxone – it based the figure on the drug’s list price, which does not account for significant discounts routinely provided by the drugmaker.

“If based on the estimated cost to manufacture the drugs, the value could be as low as $1.5 billion, drug pricing consultants and industry analysts say. A Teva spokeswoman declined to comment on the cost analysis for generic Suboxone, a combination of buprenorphine and the opioid reversal agent naloxone.”

The deal is “overvalued to make the settlement look better,” said Hunter Shkolnik, a lawyer on the plaintiffs executive committee that is managing more than 2,300 federal lawsuits consolidated in the U.S. District Court in Cleveland.

“I don’t believe a no-cash payment from Teva, one of the largest generic manufacturers in the world, is appropriate,” he told Reuters.

Jefferies analyst David Steinberg estimated that the cost of the donated drugs would be around $1.5 billion, while Bernstein analyst Ronny Gal suggested they could cost about $2.3 billion to produce. JP Morgan analyst Chris Schott’s estimate of manufacturing costs for generic Suboxone was higher, ranging from $5.75 billion to $9.2 billion, still a long way from the company’s projected $23 billion value.

Avoiding significant cash costs is important for Teva, which is working to pay down nearly $27 billion in net debt, a legacy of its ill-timed 2016 purchase of Allergan Plc’s generic drugs business Actavis generics. The profit margin for generic drugs has fallen sharply since.

Teva’s proposed settlement, if accepted, should help allay investor concerns over the opioid cases, Hershkovitz said. But he still doubts the company will be able to correct its most fundamental problems.

“The high debt load and the situation in the generics market will make it impossible to repay this debt,” he predicted. “They might have won the opioid battle but they are going to lose the overall war.”