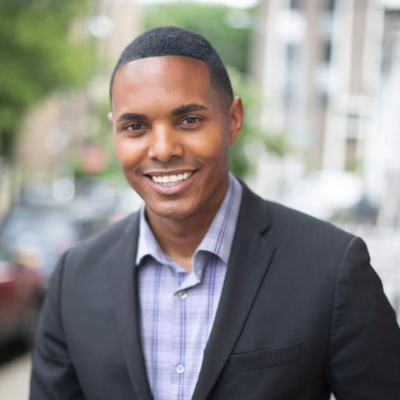 Legislation that would begin to regulate the use of facial recognition technology in the country’s most populous city could soon be made into law.

While cities around the country move to ban facial recognition and other types of biometric surveillance outright, the City Council here is taking a piecemeal approach, considering bills that would require businesses and landlords to disclose their use of the technology.

Meanwhile, privacy advocates are pushing for oversight of how facial surveillance is used by the city’s police department, which has been resistant to more transparency despite revelations that it maintains a facial database that includes thousands of children, some as young as 11.

The situation in New York mirrors the national debate over technology that supporters say is a key crime-fighting tool but that critics have dubbed Orwellian by its very nature. Caught in the middle are local governments, which must work out whether to ban the tools entirely, as San Francisco has done, or take a more restrained approach.

“I would caution legislators to tread carefully rather than going too far,” City Councilman Ritchie Torres, who has introduced a bill that would require business owners to notify customers if facial recognition tools are in use, told CQ Roll Call. “There are legitimate concerns, but we should not allow those concerns to become a massive failure of legislative overreaction.”

Torres, a Democrat who represents parts of the Bronx and is running for the congressional seat currently held by the retiring Rep. Jose E. Serrano, says “it could be the case that facial recognition technology has real utility,” but not without standards for privacy and transparency.

To that end, Torres’ bill would require businesses using facial recognition to make clear how long they are storing the information they gather and whether it’s being sold to any third parties.

A second bill under consideration by the council would force property owners to register use of facial recognition and other biometric surveillance tools with the city and require the city to maintain a database of all the buildings using it — something it currently lacks.

“A lot of these biometric surveillance systems can be added to the back end of existing camera systems, making it impossible for a customer, a tenant or a passerby to know that their biometric information is being captured without some sort of disclosure,” says Albert Fox Cahn, who runs the Surveillance Technology Oversight Project at the Urban Justice Center, which fights for privacy rights in New York.

The council’s move toward greater regulation is encouraging, Cahn says, because “the sad truth is that New York City’s leaders have been incredibly slow to recognize the fundamental threat posed by biometric surveillance,” especially to people of color. Cahn remains most concerned about use of the technology by the New York Police Department. Legislation introduced in 2017 that would require police to disclose information about its use of surveillance tools and privacy policies has stalled, partially because of confusion surrounding the department’s charter and whether the city council can lawfully require police to be transparent about their practices.

Torres, who supports that bill but acknowledges it faces “a more complicated path” than his legislation, believes it’s “fair game” for the council to require disclosures about facial recognition technology from the NYPD that would not necessarily govern how the department uses it.

“We have a right to know the nature and extent of the NYPD’s surveillance of the general public,” he says.

For its part, the NYPD has pushed back on efforts to oversee its surveillance programs, arguing the legislation would serve to help criminals and terrorists. The department’s database only includes arrest photos, according to a June op-ed in The New York Times by James O’Neill, the police commissioner, and led to 998 arrests in 1,851 cases in 2018.

“It would be an injustice to the people we serve if we policed our 21st century city without using 21st century technology,” O’Neill wrote.

The bills requiring disclosure by business owners and landlords are encountering resistance, too. The administration of Mayor Bill De Blasio, a Democrat, has not committed to supporting either piece of legislation and the city’s real estate lobby is opposing the residential measure.

“While certain disclosures … may be warranted, it is important to balance that priority with the legitimate security benefits provided by these systems,” the Real Estate Board of New York City said in a statement. “As drafted, the proposed legislation asks both commercial and residential buildings to reveal and publicize potentially sensitive security information that may put tenants’ safety at risk.”

The board added that including such information in a single database would make it “a virtual honeypot for hackers and other wrongdoers, potentially placing the property and tenant security at risk.”

The use of facial recognition technology in New York City has already resulted in activity on Capitol Hill.

Amid tenant concerns over the installation of facial recognition systems at an apartment complex in Brooklyn, Rep. Yvette D. Clarke, a Democrat who represents that borough, in August introduced legislation (HR 4008) to ban facial recognition technology in public housing and assisted housing units funded by the federal government.

The bill is co-sponsored by Rep. Ayanna S. Pressley, the Massachusetts Democrat whose district includes Cambridge, one of several cities to ban facial recognition in the last year.

In general, biometric surveillance has generated concern from both parties in Congress.

At a June hearing of the House Oversight and Reform Committee, Democrats and Republicans voiced support for a moratorium on awarding federal grant dollars that could be spent on facial recognition tools.

The status of potential legislation accomplishing that is unclear, however, because of the death last week of Democratic Oversight Chairman Elijah E. Cummings of Maryland, who had been championing the idea.