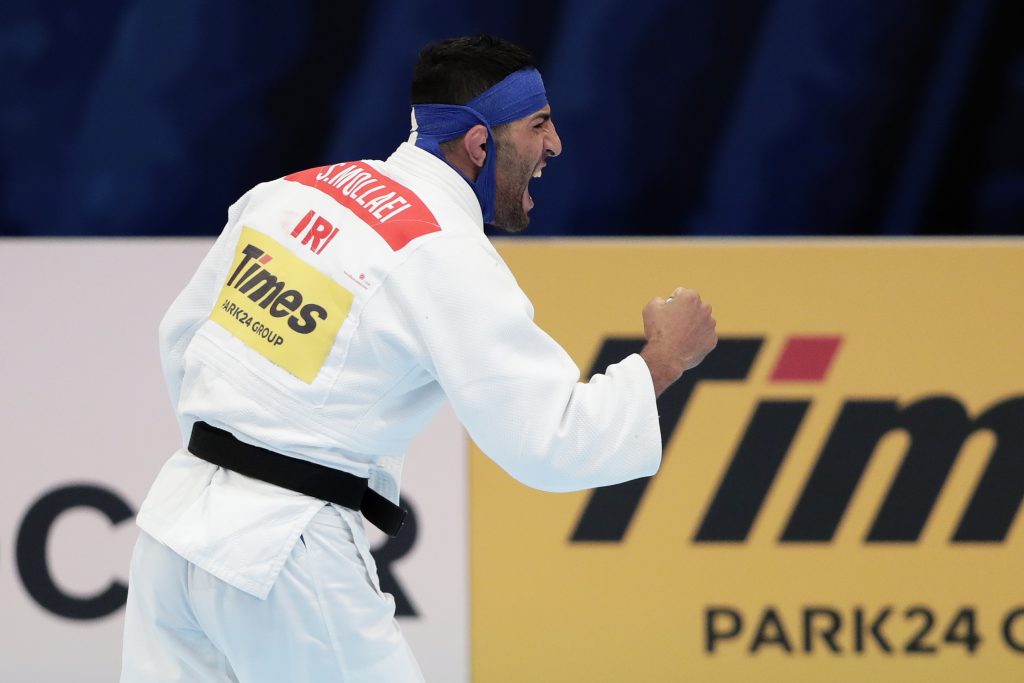 Iran has been banned indefinitely from international judo competition until it can give strong guarantees that its athletes will be allowed to face Israelis, the International Judo Federation (IJF) has said.

The IJF decision follows a protective suspension imposed on the Iran Judo Federation last month for putting pressure on one of its fighters to withdraw from the world championships to avoid facing an Israeli opponent.

Iran has 21 days to appeal to the Court of Arbitration for Sport.

Saeid Mollaei was pressured by Iranian authorities to drop out of his quarter-final and semi-final bouts at the Aug. 25-Sept. 1 worlds in Tokyo to avoid a potential final against Israel’s Sagi Muki, the IJF said.

The 2018 world champion, who is in hiding in Germany, has refused to return to Iran over fears for his safety.

The Iran Judo Federation has denied instructing Mollaei to withdraw from competing.

“Suspending the Iran Judo Federation was a cruel act that we see just as another sanction,” federation head Arash Miresmaeili was quoted as saying by semi-official news agency ISNA.

“We will not back off an inch from (Iran’s) position and we will stand against this threat with full force,” Miresmaeili added.

This is not the first time athletes from Arab nations or Iran have been told to pull out or refuse to compete with Israeli competitors in international events.