Cyprus to Probe How Cambodian Elite Got EU Passports 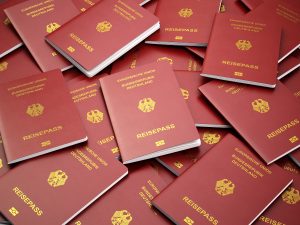 Cyprus said on Wednesday it would investigate the circumstances under which relatives of Cambodia’s prime minister were granted citizenship and did not rule out revoking passports if necessary.
An investigation published last week revealed that family members and allies of long-time prime minister, Hun Sen, have overseas assets worth tens of millions of dollars and have used their wealth to buy foreign citizenship – a practice Hun Sen has decried as unpatriotic.

“An investigation will take place for these cases, and if anything untoward is established decisions will be taken, not excluding revoking citizenship, if that is warranted,” Prodromou told journalists after a cabinet meeting.

Cyprus has had a citizenship-for-investment plan in place since 2013, under which a minimum 2-million-euro ($2.2 million) investment can buy a passport and visa-free travel throughout the European Union.

Eight relatives or allies of Hun Sen – including Cambodia’s police chief, who has been instrumental in clamping down on dissent, and its finance minister – sought Cypriot citizenship in 2016 and 2017, Reuters reporting showed.

One relative obtained citizenship because she was deemed “financially dependent” on her mother – only months after spending £5.5 million on a London apartment.

Hun Sen had previously denied claims from the opposition that members of his inner circle had passports from third countries and lived the high life overseas.

Reuters’ disclosures triggered demands from Cypriot opposition parties for answers from authorities, with one party questioning how passports could be given to individuals “who probably couldn’t find Cyprus on the map.”

The Cypriot government had repeatedly declined to comment on individual cases, citing data protection laws. Cypriot media had cited sources saying there was no question of revoking citizenship.

In his comments on Wednesday, Prodromou referred to naturalizations which had been the subject of recent media reports.

“(These were) naturalizations which had been given based on regulations of the past before today’s stricter controls and limitations were enforced,” Prodromou said.

In the five years between the inception of the citizenship scheme and 2018, the Cypriot government approved 1,864 citizenship applications. Including family members, the number was more than 3,200.

The European Commission warned in a January report that what it called “golden passports” could help organized crime groups infiltrate Europe and raised the risk of money laundering, corruption and tax evasion.