World Iraq: U.S. Forces Withdrawing From Syria Have No Permission to Stay
World 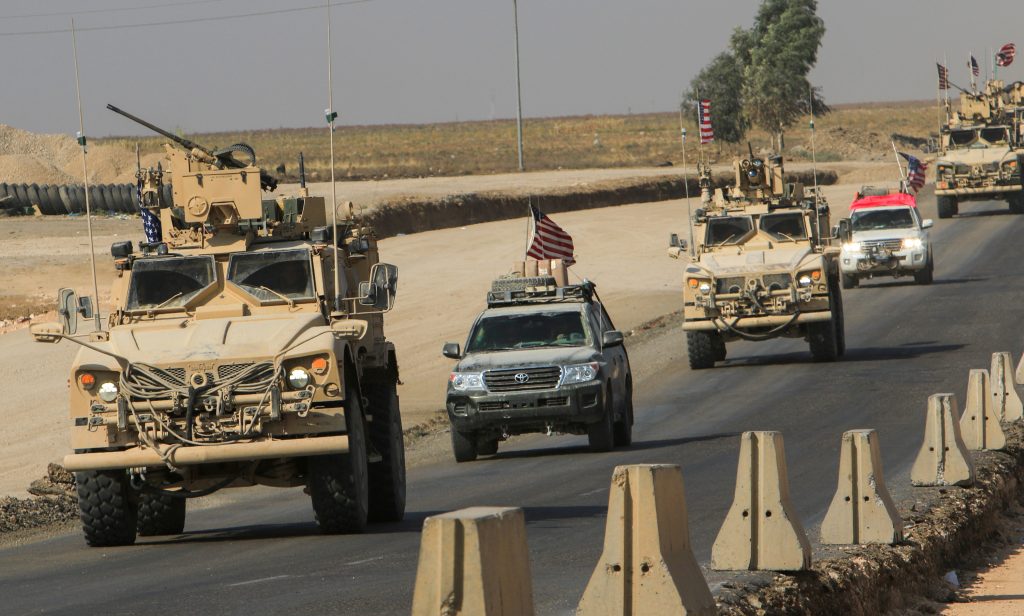 U.S. forces that crossed into Iraq as part of a pullout from Syria do not have permission to stay and can only be there in transit, the Iraqi military said on Tuesday.

The Iraqi military statement contradicted the Pentagon’s announcement that all of the nearly 1,000 troops withdrawing from northern Syria are expected to move to western Iraq to continue the campaign against Islamic State terrorists and “to help defend Iraq.”

“All U.S. forces that withdrew from Syria received approval to enter the Kurdistan region so that they may be transported outside Iraq. There is no permission granted for these forces to stay inside Iraq,” the Iraqi military said.

U.S. Defense Secretary Mark Esper said that Washington aimed to bring the troops withdrawing from Syria back to the United States, and not for them to remain in Iraq indefinitely.

“The aim isn’t to stay in Iraq interminably, the aim is to pull our soldiers out and eventually get them back home,” Esper said at the Prince Sultan Air Base near Riyadh, Saudi Arabia.

Esper said the details had not yet been worked out on how long the U.S. troops would stay in Iraq and he would be having discussions with his Iraqi counterpart on Wednesday.

It is unclear whether the U.S. troops will use Iraq as a base to launch ground raids into Syria and carry out airstrikes against Islamic State terrorists.

The additional U.S. troops would add to the more than 5,000 American troops already based in the country, training Iraqi forces and helping to ensure that Islamic State terrorists do not make a comeback.

The United States has deployed thousands of additional military forces in recent months to bolster Saudi defenses, including an air expeditionary wing and air defense personnel.

That includes radar systems, Patriot missiles and support personnel to bolster Saudi Arabia’s defenses after the largest-ever attack on the kingdom’s oil facilities on Sept. 14.

Some experts have criticized President Donald Trump’s administration for saying that Saudi Arabia will pay for the deployment of U.S. troops to the Kingdom, suggesting it makes the U.S. military a mercenary force.

Trump has repeatedly said that Saudi Arabia would pay for the recent U.S. deployments.

“We are not a mercenary force,” Esper said.

“Mercenary forces do things for the pay, we are doing this [to] … help defend our allies, second to deter Iran so we don’t have increasingly bad behavior, and third defend the international rules based order,” he added.