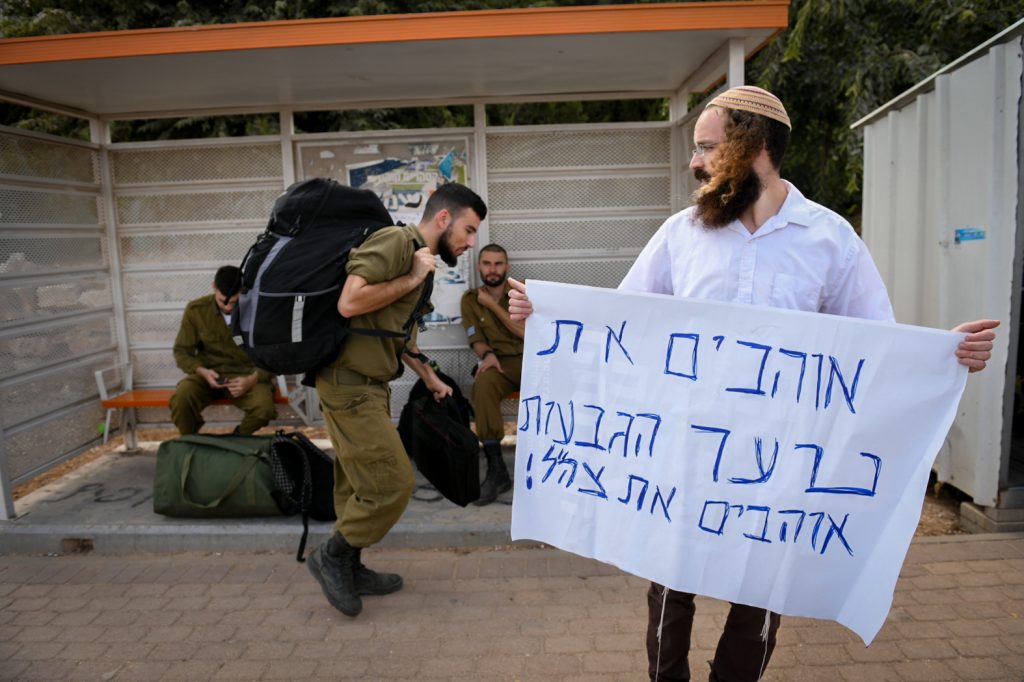 The government will prosecute to the fullest extent of the law any individual “who raises a hand against security forces,” Prime Minister Binyamin Netanyahu said after an incident in which several dozen rightwing activists allegedly threw stones at Golani soldiers near the Shomron town of Yitzhar.

“I wish to strengthen the hand of IDF fighters and officers who work night and day to provide security for all Israelis. I condemn any actions against IDF soldiers. We will have no tolerance for lawbreakers who raise their hands against soldiers.”

The incident occurred Motzoei Shabbos, when about 30 “hilltop youth” – individuals who live in outposts and are generally banned from IDF service – are said to have thrown stones at soldiers, along with puncturing the tires of IDF jeeps. One soldier was injured in the melee. To break up the crowd, soldiers fired in the air. The reason for the unrest was the arrest earlier in the week of a youth who was allegedly physically assaulted by an officer. On Friday, a resident of the area was arrested after allegedly threatening an IDF officer over the arrest. The detainee was freed on Sunday afternoon.

In interviews with media outlets, soldiers denied that the youth was mistreated. In a statement, the IDF said that it condemned all violence against soldiers, physical or verbal, and it “looked upon such incidents very seriously.”

Figures on both the right and left condemned the incident. Shomron Council head Hananel Dorani said that “any attack on IDF soldiers is disgusting and shameful. We cannot accept the fact that a small group will act violently against soldiers who work night and day to ensure the security of Israelis. These lawbreakers are hurting not only IDF soldiers, but all residents of Yehuda and Shomron.” Culture Minister Miri Regev said that “the lawbreakers who harmed soldiers do not represent the residents of Yitzhar. I hope they are caught and prosecuted.”

Transportation Minister Betzalel Smotrich condemned the youths, but cautioned against overaggressive prosecution of those responsible, urging that “justice must be done using legal methods that the authorities have in a democratic system – not with collective punishment, not with administrative detention, not with ‘investigations’ conducted by the Shin Bet.”

Labor head Amir Peretz said that the incident “is not an isolated one, but a ritual that repeats itself. An uncontrolled group acts violently against soldiers who are there to defend them. There must be an uncompromising response to this action.” MK Yoaz Hendel (Blue and White) said that “Yitzhar is a wonderful committee, it has the highest concentration of kidney donors in the country. But every few months there are stories of these kinds of attacks on IDF soldiers. We need a strong hand against those who would commit violence against soldiers, whether Jewish or Arab.”

Chiming in as well was Ayman Odeh, head of the United Arab List, who said that “the proper action against settlers is to throw them out of their houses, not to condemn them. They all live on stolen land while millions of Palestinians live under a military regime. Only ending the occupation and establishing a Palestinian state will ensure peace, independence, and security for both nations.”