Politics ‘I Am Back,’ Bernie Sanders Tells Supporters at NYC Rally
Politics 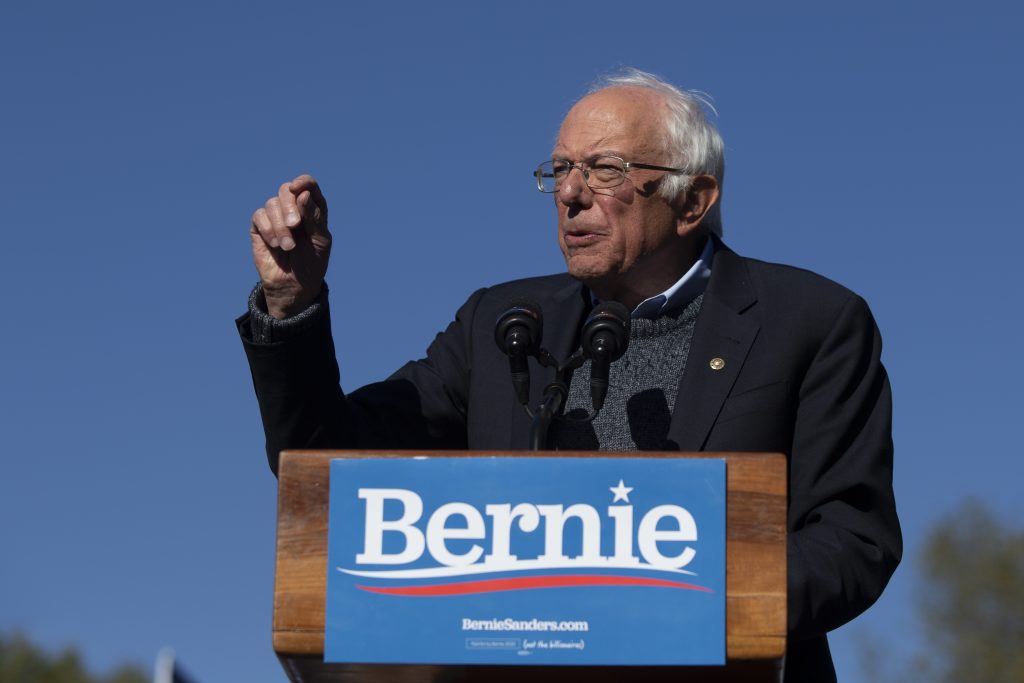 Storming past questions about his health, Bernie Sanders vowed that he’s “more ready than ever” to fight for a political revolution — with a little help from new friends — at a rally Saturday that drew thousands to a New York City park. The rally offered a pointed reminder to skeptics in both political parties that the 78-year-old democratic socialist is still very much a force in the 2020 presidential race.

Sanders opened his remarks by apologizing that he secured a permit for only 20,000 people. His campaign, he said, was forced to close the gates on many more people who were trying to enter the Queens park just across the river from Manhattan.

“To put it bluntly, I am back,” Sanders declared, sparking chants of, “Bernie is back” from the massive crowd.

The event marked Sanders’ formal return to the campaign trail less than three weeks after he suffered a heart attack that threatened both his life and political future. Even before that, he was in danger of falling out of the top-tier in the 2020 Democratic primary field. Polls suggest he’s lagging behind liberal rival Elizabeth Warren and establishment favorite Joe Biden.

But the fiery Brooklyn native, backed by a slate of new endorsements and two new stents in an artery connected to his heart, appeared to be expanding his coalition on Saturday.

A security company hired by the campaign reported a crowd estimate of 25,000. Among those speaking, activist Michael Moore told the cheering crowd that he was endorsing Sanders, shortly before Rep. Alexandria Ocasio-Cortez, D-N.Y., praised the Vermont senator on stage.

“Bernie Sanders fought for me,” Ocasio-Cortez said as she introduced Sanders.

She heaped praise on the Vermont senator but did not explicitly say that she was endorsing him. The Sanders campaign announced earlier in the week that she had.

Before the rally, Sanders campaign manager Faiz Shakir said endorsements this past week from Ocasio-Cortez and Rep. Ilhan Omar, D-Minn., in particular were proof that the Sanders campaign is growing. He predicted that they would especially help Sanders strengthen his support among young, minority voters.

“Those are two people who I think have immense power to mobilize young people, and I promise you you’ll be seeing them in Iowa, but not only in Iowa, but around the country, trying to get people engaged around the issues,” Shakir said.

For now, at least, Sanders can use the help.

While he insists he’s ready to move forward, he’s doing so cautiously. Saturday’s rally was his only scheduled appearance before he returns to Iowa late in the coming week.

The week after, he’ll join Rep. Rashida Tlaib, D-Mich., for a tour of her congressional district. Tlaib hasn’t announced whether she’ll endorse Sanders, but she is part of the same small “squad” of minority women on Capitol Hill who have been a target of President Donald Trump.

Despite the aggressive rhetoric from Sanders himself, senior adviser Jeff Weaver said Sanders would ease himself back onto the campaign trail. But by December, he predicted, Sanders health scare will be forgotten.

Almost all the speakers during Saturday’s event, which spanned several hours on a sunny, crisp fall afternoon, played down the health concerns.

“The only heart attack we should be talking about is the one Wall Street is going to have when Bernie Sanders is president,” said Moore, the filmmaker.

Nina Turner, one of Sanders’ national co-chairs, said it “boggles my mind” that Sanders’ critics have embraced “ageism.”

“Life happens to us all,” she said.

“Memo to the haters: hashtag Bernie Is Back,” she added. “We never went anywhere, we just pushed pause for a minute.”