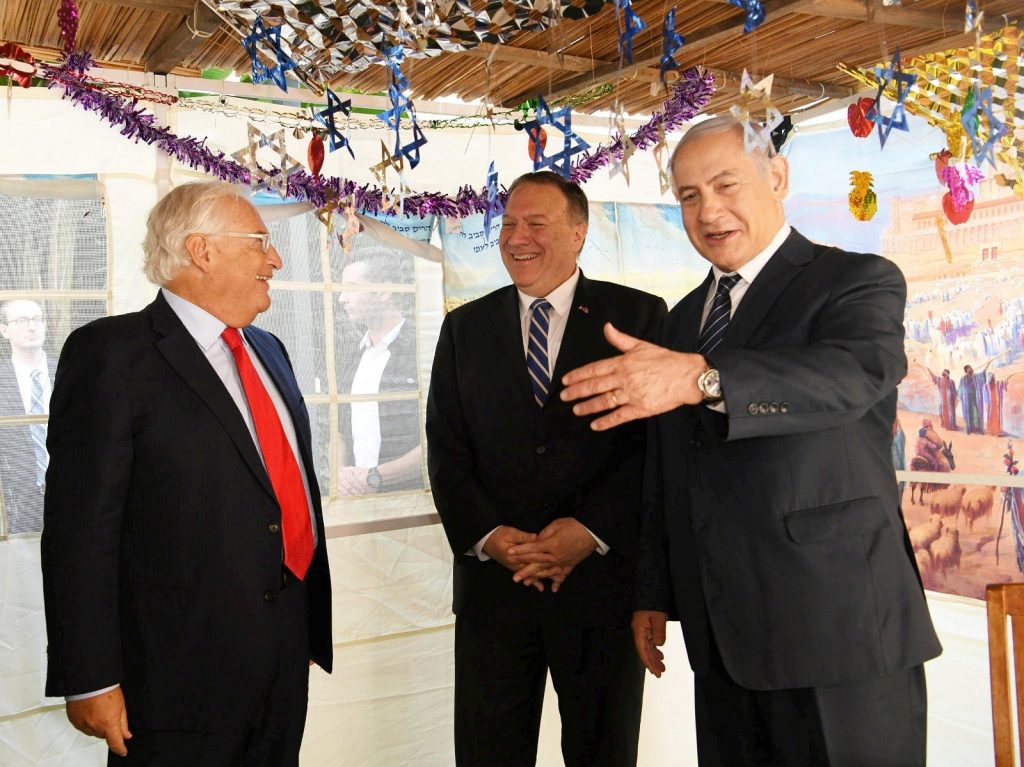 Secretary of State Mike Pompeo underscored U.S.-Israeli efforts to counter Iran in talks with Prime Minister Binyamin Netanyahu on Friday, in an apparent attempt to ease concerns in Israel that Tehran could exploit a U.S. military pullback in Syria.

Pompeo and Netanyahu met in Yerushalayim hours after Turkey agreed with the United States to pause its offensive on Kurdish forces in Syria.

Turkey launched its assault against the Kurdish YPG militia in Syria last week after President Donald Trump pulled a U.S. contingent out of the way, creating a new front in Syria’s eight-year war and prompting 200,000 civilians to take flight.

Israel sees Syria’s Kurds, once U.S. allies, as a counterweight to Islamist insurgents in northern Syria. It also worries that its arch-foe Iran or local allies could fill the vacuum left by a disengaged United States.

The Kurds responded to the U.S. withdrawal by inviting Syrian government forces, backed by Moscow and Tehran, into towns and cities in areas they control.

Pompeo said he and Netanyahu discussed “all the efforts we’ve made to push back against the threat not only to Israel but to the region and the world from the Islamic Republic of Iran.”

“We shared our ideas about how we can ensure Middle East stability together, and how we would further our efforts to jointly combat all the challenges that the world confronts here in the Middle East,” Pompeo told reporters with Netanyahu by his side.

Asked for his reaction to the pause in Turkey’s offensive, Netanyahu said: “We hope things will turn out for the best.”

Later on Friday, Pompeo will fly to Brussels for a meeting with NATO Secretary General Jens Stoltenberg.

Thursday’s pause, brokered in Ankara by a U.S. team including Pompeo and U.S. Vice President Mike Pence, gives Kurdish forces five days to withdraw from a “safe zone” Ankara had sought to capture.

Pompeo’s visit on the heels of the ceasefire was widely seen in Israel as an attempt to assuage Israeli concerns that a U.S. force drawdown could expose it to attacks by Iran or its proxies.

Officials close to Netanyahu are quick to talk up the president’s unprecedentedly pro-Israel policies.

However, Trump’s Syria about-face was the latest in recent steps that have stirred discomfort within Netanyahu’s conservative cabinet, which had previously seen itself and the Trump administration as marching in lock-step.

Indeed, Trump’s recent diplomatic outreach to Tehran and firing of hawkish National Security Adviser John Bolton have cast a cloud over Netanyahu, who highlighted in two inconclusive Israeli elections this year what he described as his close relationship with Trump.

Netanyahu told Pompeo: “Mike, since you’re visiting here on the holiday of Sukkot, we sit in a sukkah and we always remember what it was like when we didn’t have a permanent home.”