Israel Likud: Journalists’ ‘Kaddish’ for Netanyahu ‘A New Low for the Left’
Israel 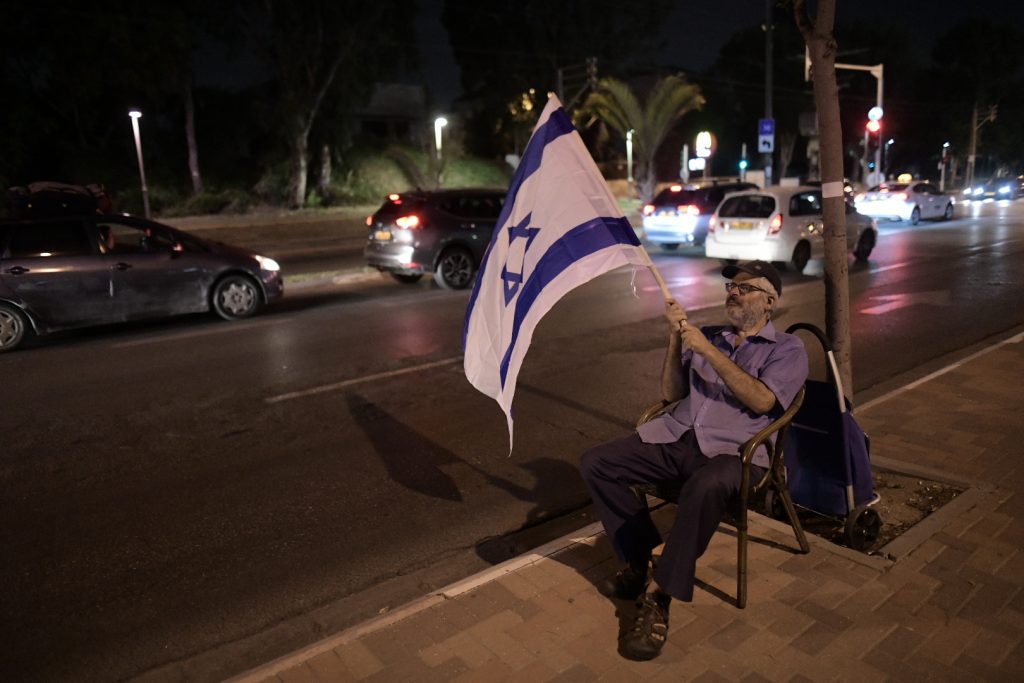 Israeli journalists Oded Ben-Ami and Amnon Abramovich claim that their partial recitation of the kaddish prayer in a discussion on the possibility that Binyamin Netanyahu might not form a government was not a wish for the Prime Minister’s death, but thousands of Israelis disagreed. Yisrael Hayom reported that over 2,000 people have filed complaints with police for incitement over the comments, and many more have written to the Second Broadcasting Authority demanding that the two be thrown off the air – while the chairperson of the Authority himself, Yulia Berkowitz, said that the comments “deserved to be condemned. This is a perfect example of how well-known journalists legitimize violence.”

The brouhaha began Wednesday, when the two – veteran Channel 12 reporters – discussed what they perceived to be the end of the Netanyahu era. “Anyone who announces that he is running against Netanyahu after the Netanyahu era, would want to see that era end as soon as possible.” In response, Ben Ami said “b’agala ubizman kariv, ve’imru Amen” – a line from the kaddish, traditionally said for niftarim – with Abramovich answering “Amen.”

The Likud responded sharply, writing in a social media post that “Amnon Abramovich and Oded Ben-Ami don’t even try to hide their hatred of Prime Minister Netanyahu, and they are saying kaddish over him in a live broadcast. Imagine if someone on the right had said kaddish for a leader of the left. They have no shame.” Spontaneous demonstrations against the two popped up Wednesday night and throughout the day Thursday outside the headquarters of Channel 12 in Tel Aviv, and the offices of the Second Broadcasting Authority in Yerushalayim, demanding that the two be fired.

In response, Ben-Ami said Wednesday that he was simply “condensing the comments Abramovich made, that there are many people who wish to see the Netanyahu era end. The phrase I used was essentially a translation of what he said into Aramaic. Any other interpretation is incorrect.” By Thursday, Ben-Ami was trying to walk back the comment, saying Thursday that “it’s possible we used words that were not proper in this context. I certainly had no intention to hurt anyone and I think this has been blown out of proportion, I have no idea why.”

Abramovich said that he was making “a sincere and honest apology, but the use of these comments by my opponents is deliberately mean. Many religious viewers called me to say that I was being used by the right. This is a phrase that is often used in prayer. They are attempting to portray it as if I said the mourner’s kaddish for Netanyahu. Chas veshalom, I wish him long life and health. We were talking about politics only, and people are trying to connect it to other things inappropriately.”

Among those not convinced by the apologies was Likud MK David Amsalem, who filed a complaint with police over incitement. “These are serious comments, in line with the negativity and scorn shown the Prime Minister. The wishes for his political demise – accompanied by a eulogy and the kaddish – cross a red line and represent a new and worrying low for the Israeli media,” Amsalem wrote in a letter to Berkowitz.