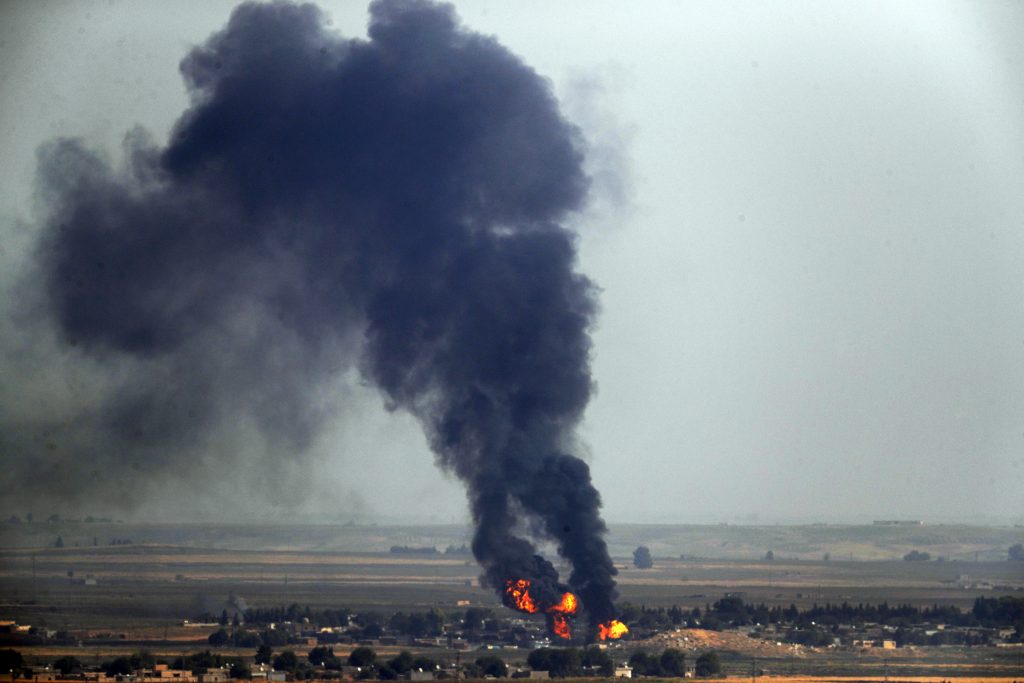 The commander of Kurdish-led forces in Syria on Thursday said they will abide by a cease-fire agreement announced in Turkey by U.S. Vice President Mike Pence. But his comments suggested a smaller “safe zone” than Ankara has demanded, underscoring the ambiguities in the American-Turkish deal.

Mazloum Abdi, speaking on Kurdish Ronahi TV, said the extent of the cease-fire stretches about 100 kilometers (60 miles) along the middle of the border — between the towns of Tal Abyad and Ras al-Ayn. That is the region where Turkey has largely made its gains in nine days of fighting.

“We hope that this cease fire will be successful, and we will do our best to make it successful,” Abdi said Thursday, describing it as a “tentative agreement.” Abdi is also known by his nom de guerre, Mazloum Kobani.

Abdi also did not specify that his fighters would withdraw from any territory. Kurdish fighters have already been driven out of much — but not all — of the area he defined. But they are still entrenched in Ras al-Ayn, fiercely battling Turkish-backed Syrian fighters trying to take the town. Whether the Kurdish fighters pull out of Ras al-Ayn will likely be an early test of the accord.

Turkey demands that all Kurdish fighters pull out of a zone stretching the entire length of the border from the Euphrates River to Iraq, more than 250 miles. That covers most of the region were Syria’s Kurdish population is concentrated.

The Kurdish-led forces still hold the rest of that territory and have invited the Syrian government’s military, backed by Russia, to deploy there to protect them from Turkey. Syrian troops have already rolled into several key points along the border.

A key question for the ceasefire going forward is whether Ankara will be satisfied that the Syrian government presence is enough to keep a lid on the Kurdish-led forces.

The cease-fire announced by U.S. Vice President Mike Pence, sent by Trump to Ankara, appeared to be a significant embrace of Turkey’s position in the weeklong conflict. It calls for a five-day cease-fire in the Turks’ attacks on Kurdish fighters in northern Syria to allow the Kurds to withdraw to roughly 20 miles away from the Turkish border.

Abdi, the Kurdish commander, made sure to praise Trump in his comments, saying “the president of the United States was directly involved and online.”

The deal raises hopes for at least a pause in the chaos that the Turkish assault has wreaked across northeast Syria.