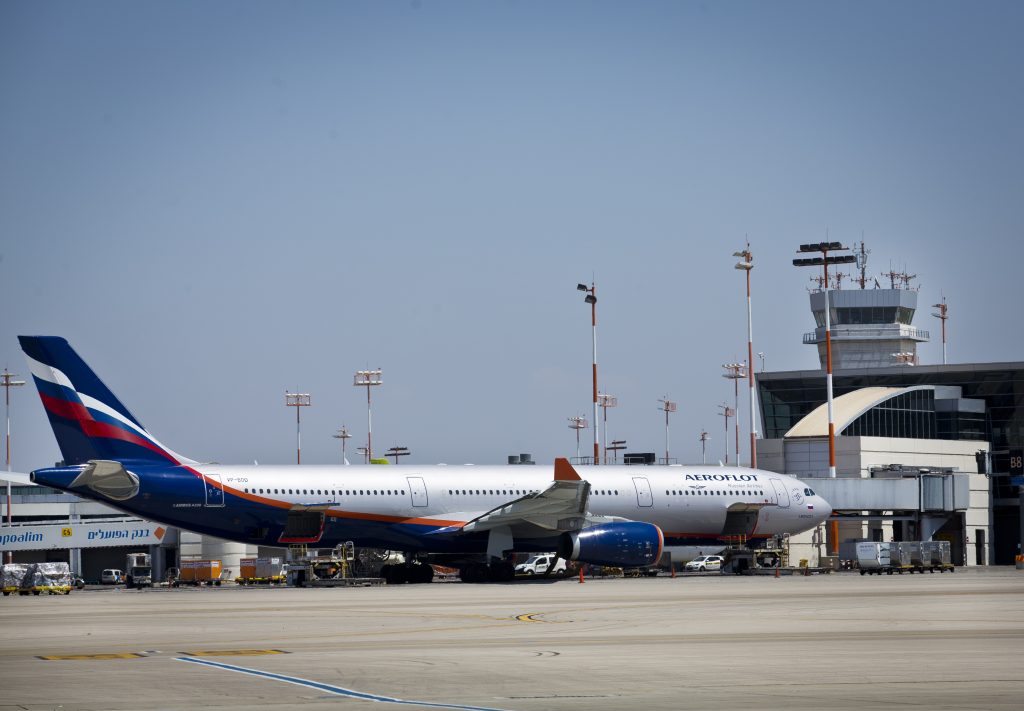 In recent years, Russian carrier Aeroflot has been a popular option for Israelis seeking to fly to the United States or Asia. With relatively low fares, a modern fleet – and a policy that allows travelers two free pieces of luggage – Aeroflot flights to and from Israel have been full. But research by Yisrael Hayom has shown a sharp drop in the number of Israelis using the airline over the past week – and the newspaper attributes that to the case of an Israeli who is being held in Russia on drug charges.

Last week, Na’ama Yissachar, an Israeli who was traveling on Aeroflot on a connecting flight to the U.S., was arrested for allegedly carrying 9.5 grams of illegal substances. In a lightning-quick arraignment and trial, she was sentenced to seven and a half years in prison. The incident brought to light the case of a Russian hacker by Israel whom the United States is trying to extradite on spying charges. Israeli officials suspect that Yissachar was arrested for use as a “bargaining chip,” with the Russians hoping to prompt Israel to release its Russian prisoner.

On Tuesday, Prime Minister Binyamin Netanyahu filed an official clemency request with Russian officials for the release of Yissachar. The request states that the minuscule amount of the drug found on Yissachar is an amount that has been decriminalized in most places around the world, and the fact that she was traveling on a connecting flight – technically in an “international zone,” and not strictly subject to Russian law – were sufficient reasons to release Yissachar.

It’s the fact that Yissachar was apparently somehow pulled out of that zone – where she could be subject to arrest on criminal charges for offenses under Russian law – that is making many Israelis think twice about flying with the Russian carrier, the report said.

Speaking to the newspaper, government minister Ze’ev Elkin – who is also chairman of the Knesset subcommittee on Russia-Israel relations – said that Israelis would do well to avoid Russia on their travels under the current circumstances. “I am supposed to travel via Russia and where I am right now there are no drugs, so there is nothing to worry about. But who knows, maybe they planted those drugs in Yissachar’s bag? Maybe they are looking for a victim they can use I the negotiations for the release of their hacker? I would not take a chance by flying there. I checked out alternatives to my ticket and all of them are far more expensive, so I hope everything will be okay. I hope that Yissachar is released soon, this is a terrible story.”