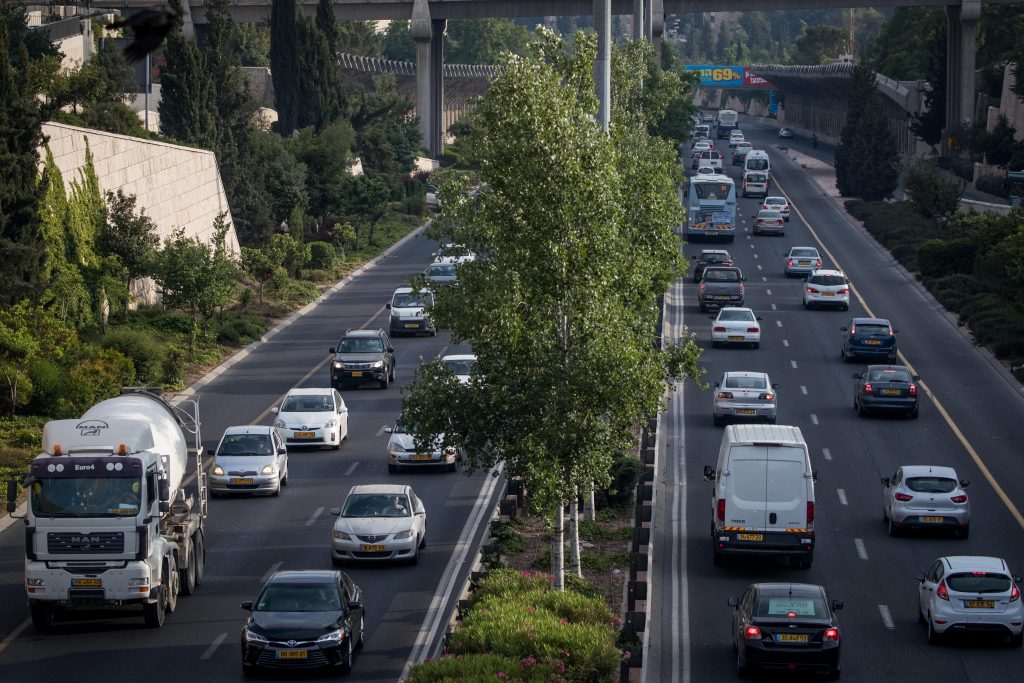 It was a race between two Arab drivers that took the life of an Israeli man and seriously injured his wife on Rosh Hashanah, police said Thursday. An investigation into the traffic incident on the Begin Highway that led to the death of the man, in his 50s, determined that one of the two drivers participating in the race lost control of his vehicle and hit the couple.

The incident occurred at the Rosmarin Junction on the Begin Highway in Yerushalayim, where vehicles turn to enter Road 60 (the Tunnel Road) to Gush Etzion. The junction has a traffic light, as vehicles passing through the junction enter city streets when they leave the Begin Highway.

Usually jam-packed, the road was only lightly traveled on the day of the incident – the first day of Rosh Hashanah. The lack of traffic apparently encouraged the drivers, 27 and 32 year old residents of Arab neighborhoods of Yerushalayim, to engage in “driving games,” including a race along the highway, police said.

The race came to a tragic end at the junction, when one of the drivers lost control of his vehicle, hitting another vehicle and killing the man and injuring his wife. The two have been in custody since their arrest on Rosh Hashanah, with police asking courts for an extension of their remand until the end of proceedings against them. An indictment is set to be issued in the coming days.