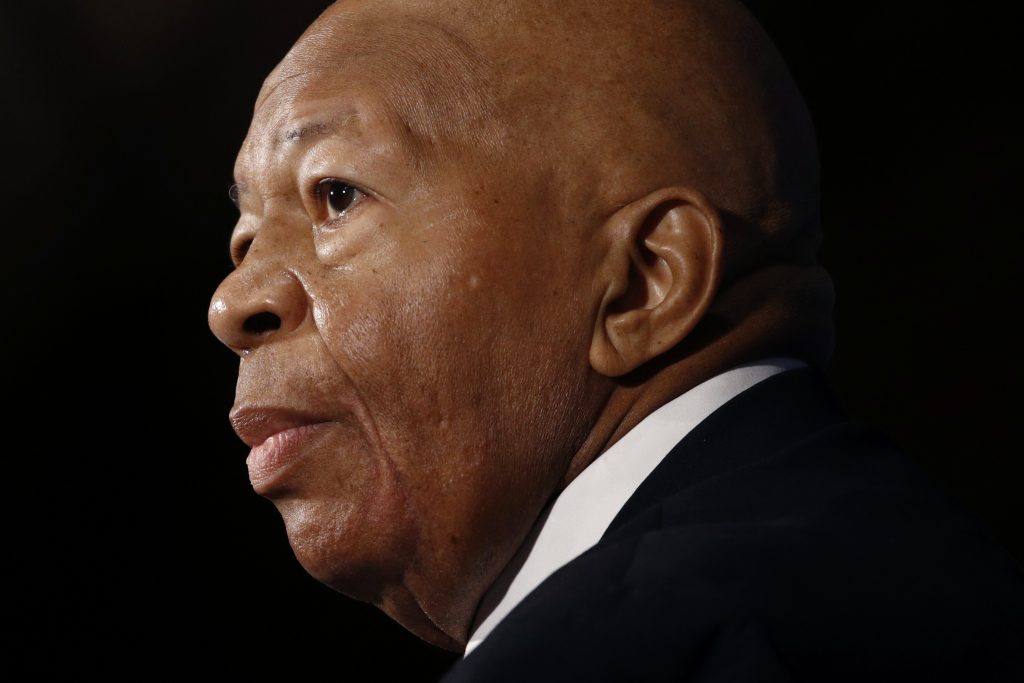 He stood up for the poor and the disadvantaged throughout urban America — but Elijah Cummings was principally the strong voice and political advocate for Baltimore, where he was revered as his hometown’s champion.

The Democratic congressman lived at the doorstep of some of the city’s worst rioting, including violent 2015 protests following the death of a black man, Freddie Gray, in police custody. Cummings’ involvement, taking to the streets with a bullhorn, helped quiet the storm.

“Mr. President, I go home to my district daily. Each morning, I wake up, and I go and fight for my neighbors. It is my constitutional duty to conduct oversight of the Executive Branch. But, it is my moral duty to fight for my constituents,” Cummings tweeted.

“He was so noble,” said city resident Mary Bianchi, who dropped flowers outside his home and walked away wiping tears off her face. “He was a lion, and I’m very sad. He died too young.”

“He’s just always been a champion as it pertains to us never giving up the fight,” Rock said.

House Speaker Nancy Pelosi, who grew up in Baltimore and whose father and brother were mayors of the city, said she was “personally devastated by his passing.”

A powerful person in the halls of Congress about 30 miles away, Cummings lived in a home in west Baltimore, nestled among brick rowhouses just a block away from boarded up houses that dot the street. He was not immune to city problems. He scared off an intruder at his home in July.

In his 12 terms in Congress, Cummings steered support to the city. In recent years, that included funds to boost job training, address lead-based paint and fight homelessness, as well as grants to help fight illegal substances. He also battled for hundreds of millions of dollars in federal support for a light rail project to improve transit in the city, but Gov. Larry Hogan opposed the plan’s design and didn’t include state funding for it in 2015, killing the project.

The congressman’s long push for civil rights began in Baltimore at age 11, when he helped integrate a local swimming pool. During a speech to the American Bar Association in April, Cummings recalled how he and other black children were barred from an Olympic-sized public pool in his South Baltimore neighborhood.

They organized protest marches with help from their recreation leader and the Baltimore-based NAACP. Every day for a week, when the children tried to get into the pool, they were spit upon, threatened and called names, Cummings said. One day, he was cut by a bottle thrown from an angry crowd.

“I am not saying that the integration of a swimming pool in South Baltimore changed the course of American history,” Cummings said. “What I can and will share with you is that the experience transformed my entire life.”

With his booming voice and gift for oratory, he was known for representing his district — which encompassed much of Baltimore and some of its wealthier suburbs — with a personal touch.

Poinsetta McKnight, who walked by Cummings’ home in West Baltimore, said he always assisted her family when they had neighborhood concerns, whether it was removing trash or addressing boarded-up houses.

“Whenever we needed something done, all we had to do was write to him and he would respond,” said McKnight.

While serving in the Maryland House of Delegates from 1983 to 1996, Cummings pushed for a ban on alcohol and tobacco ads on inner-city billboards in Baltimore, leading to the first such prohibition in a large U.S. city.

Democratic Del. Brooke Lierman, who represents Baltimore in the Maryland General Assembly, said Cummings was a mentor to many.

“He always encouraged young people who believed in the power of government to do good and encouraged us to be active, to run for office and to push forward,” Lierman said.