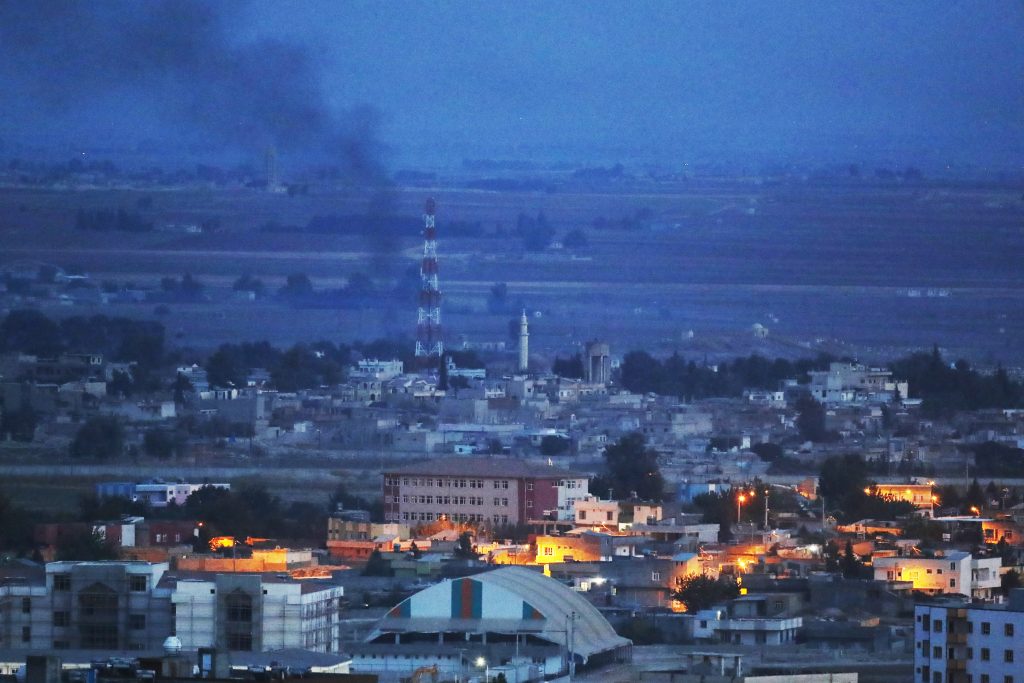 Speaking to a group of journalists, Erdogan said he told President Donald Trump: “We could never declare a ceasefire,” adding that Turkey wouldn’t negotiate with “terrorists.”

Erdogan said he was “not concerned” by sanctions imposed on Turkey.

Turkey launched its offensive against Syrian Kurdish fighters it considers terrorists after Trump announced he was withdrawing U.S. troops.

Russia has signaled its role as de facto power broker in the conflict, deploying forces near the border following America’s pullout.