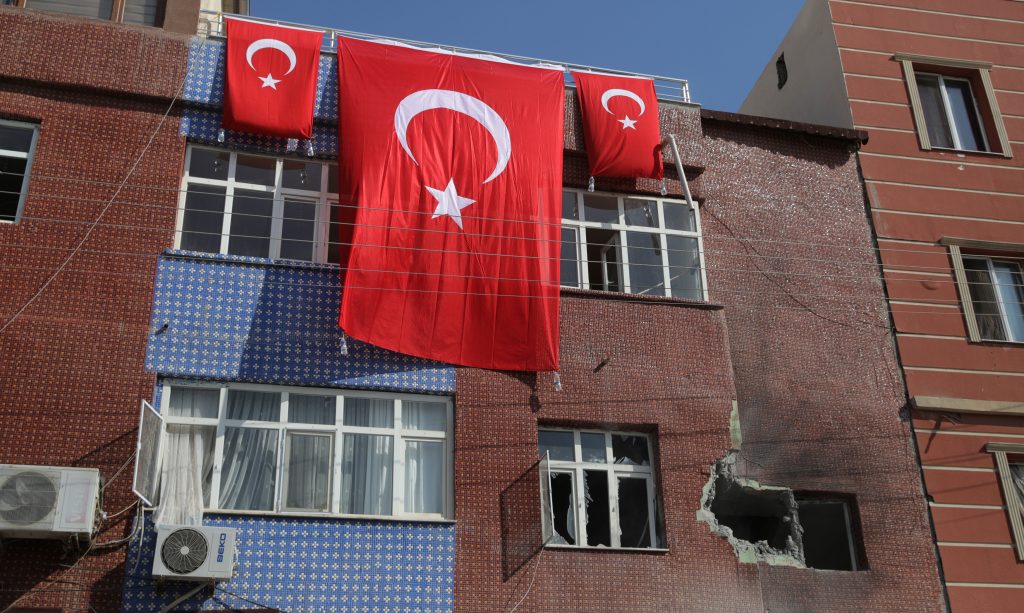 More than 130,000 people have been displaced from rural areas around the northeast Syrian border towns of Tel Abyad and Ras al Ain as a result of fighting between Turkish-led forces and Kurdish militia, the United Nations said on Sunday.

In a statement, the U.N. Office for the Coordination of Humanitarian Affairs said OCHA and other relief agencies estimated up to 400,000 civilians in the Syrian conflict zone may require aid and protection in the coming period.

Turkish forces targeted areas around two Syrian border towns with fresh shelling on Sunday, pressing on with their offensive against Kurdish militia for a fifth day in the face of fierce international opposition.

Turkey’s stated objective is to set up a “safe zone” inside Syria to resettle many of the 3.6 million Syrian war refugees it has been hosting.

More and more displaced people were arriving at collection centers, and more than 400,000 were affected by a loss of running water supplies including 82,000 residents of two refugee camps in the region, OCHA said.

Public and private hospitals in Ras al Ain and Tel Abyad, the two main targets of the Turkish-led offensive, have been closed since Friday.

OCHA also said that a trauma stabilization south of Ras al Ain, set up to treat wounded from the conflict’s front lines, was reported to have come under attack. There was no immediate confirmation of the report.