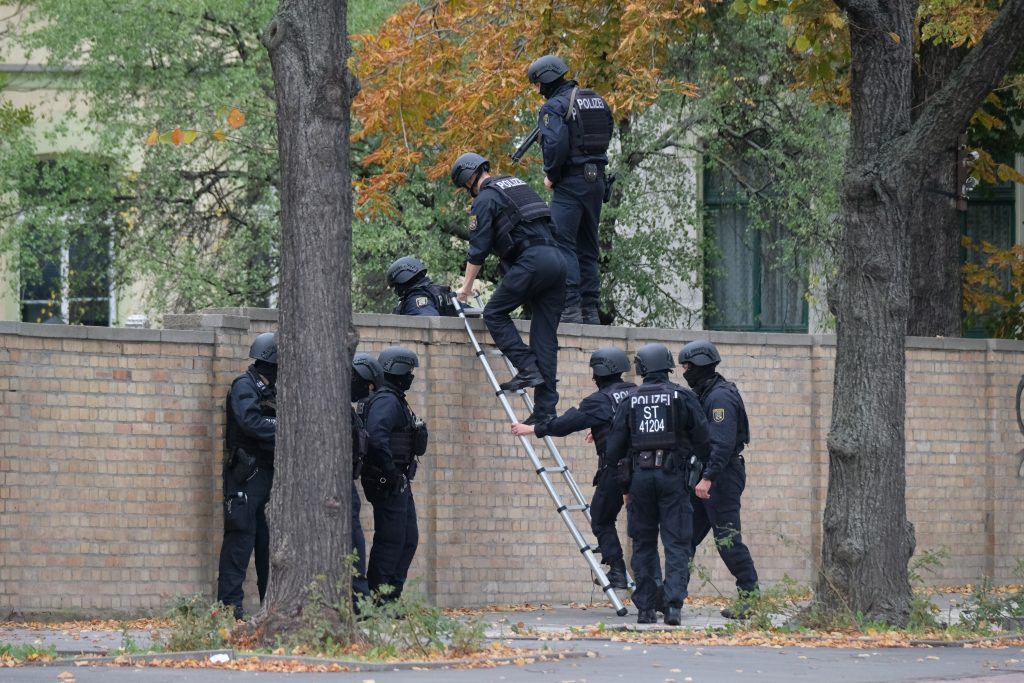 Germany’s far-right Alternative for Germany (AfD) party has dropped in public opinion polls after an anti-Semitic gun attack near a synagogue in Halle on Yom Kippur, broadcaster RTL/n-tv reported on Saturday.

A survey of 2,500 Germans by research institute forsa showed 11% support for AfD on Thursday, down from 13% at the beginning of the week, RTL/n-tv reported.

Prosecutors said a man accused of killing two people in the gun attack in Halle, eastern Germany, had confessed to the crime and to a far-right, anti-Semitic motivation.

The man, who had published a racist and anti-Semitic manifesto and live-streamed the shooting on Wednesday, had shot the two bystanders after failing to enter the synagogue.

Only his poor aim and the unreliability of his homemade firearms had saved from injury nine other people he fired upon during his half-hour rampage, prosecutors said on Friday.

According to another forsa survey among people who said that they do not support the far right, 90% view AfD as providing a spiritual breeding ground for right-wing extremist acts of violence through their appearance and their choice of words.

None of the supporters of AfD share this view or see any responsibility for the Halle events on the part of the party, RTL/n-tv reported.