Israel Hundreds of Police to be Deployed in Arab Sector
Israel 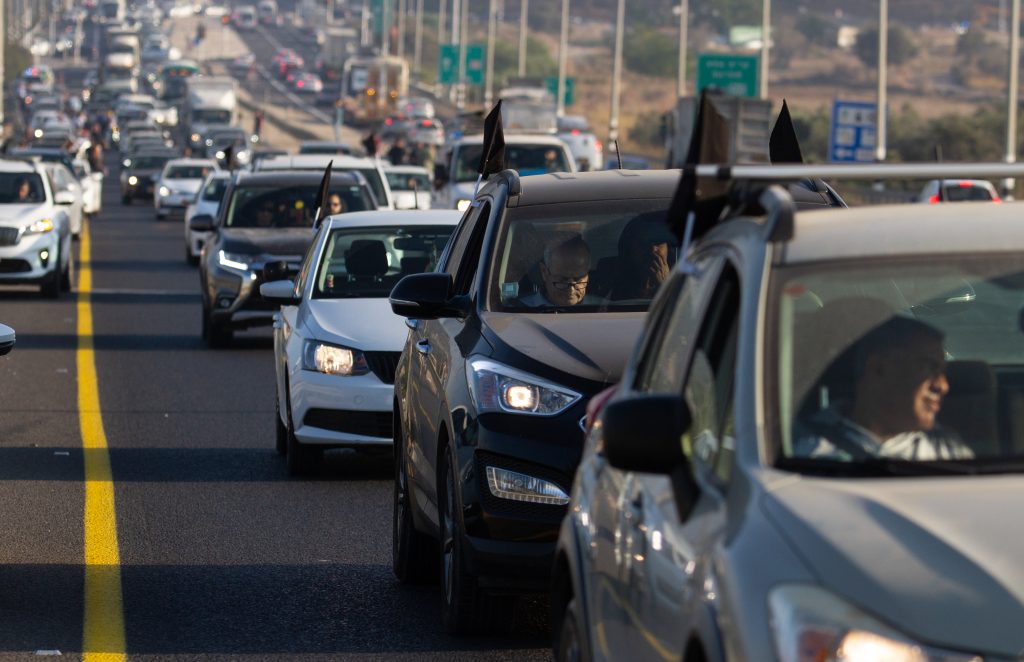 During the meeting, police officials stressed the efforts they had made to provide security for the Arab sector, with the MKs claiming that the results were not seen in the field, where crime remains high and the murder rate is substantially higher than in Jewish communities. The deployment of hundreds of extra police is the first step in a plan to substantially expand security services in the Arab sector, officials said.

Erdan said that money for the program would not be a problem. In addition to the officers, a network of security cameras will be deployed in public areas. Erdan called on the Arab MKs to urge Arab community members to cooperate with police.

On Thursday, commuters faced extensive delays on their trips to both the Tel Aviv and Yerushalayim areas, as Arabs took to the roads with a slow-moving convoy to protest violence in the Arab sector. Hundreds of vehicles converged on Road 6, driving very slowly, causing major tie-ups along the way. Vehicles from villages in the north and the Negev joined in, and proceeded to the Latrun Junction, from where they proceeded to Yerushalayim, on their way to the Knesset.

The protest preceded the meeting with Erdan, which Arab MKs had considered canceling, after Erdan earlier in the week blamed the community’s culture for the violence. The meeting went on, said United Arab List head Ayman Odeh, “because of the emergency facing our community. It is unacceptable that we have to break all the rules to get police to protect our citizens, who have the right of all citizens to security and life. We will enter the meeting with tens of thousands of protesters supporting us.”