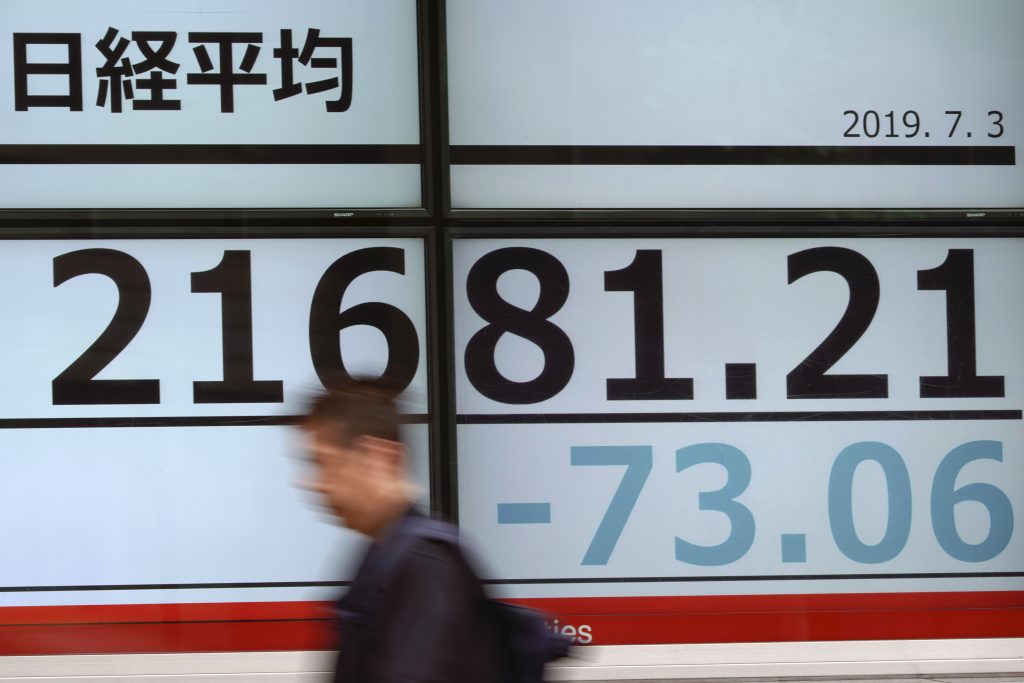 World shares were mixed on Thursday, with benchmarks falling in Europe after a mixed day in Asia.

Markets have grown increasingly jittery as investors pondered whether talks on the trade war between the U.S. and China that are due to resume in Washington later in the day will make much progress.

A day after escalating trade tensions led to a sharp sell-off on Wall Street, investors drew encouragement from reports that Beijing signaled it is open to a partial deal.

But a report by the Hong Kong newspaper South China Morning Post saying that preliminary talks for the meetings did not go well doused some of that enthusiasm.

“Updates on U.S.-China trade keep their grip on markets as we await the commencement of trade talks going into Thursday,” said Jingyi Pan, market strategist at IG in Singapore.

The trade war between the U.S. and China has dragged on for 15 months, inflicting economic damage on both countries. The two sides have raised import duties on billions of dollars of each other’s goods, fueling fears their dispute might tip the global economy into recession.

Washington and Beijing had recently held off from further escalating the conflict up until this week, when the U.S. blacklisted a group of Chinese technology companies over alleged human rights violations.

All told, the Trump administration has imposed tariffs on more than $360 billion worth of Chinese goods and plans to tax an additional $160 billion of imports on Dec. 15. This would extend U.S. tariffs to just about everything China ships to the United States. China has counterpunched by taxing $120 billion in U.S. exports, notably soybeans and other farm goods.