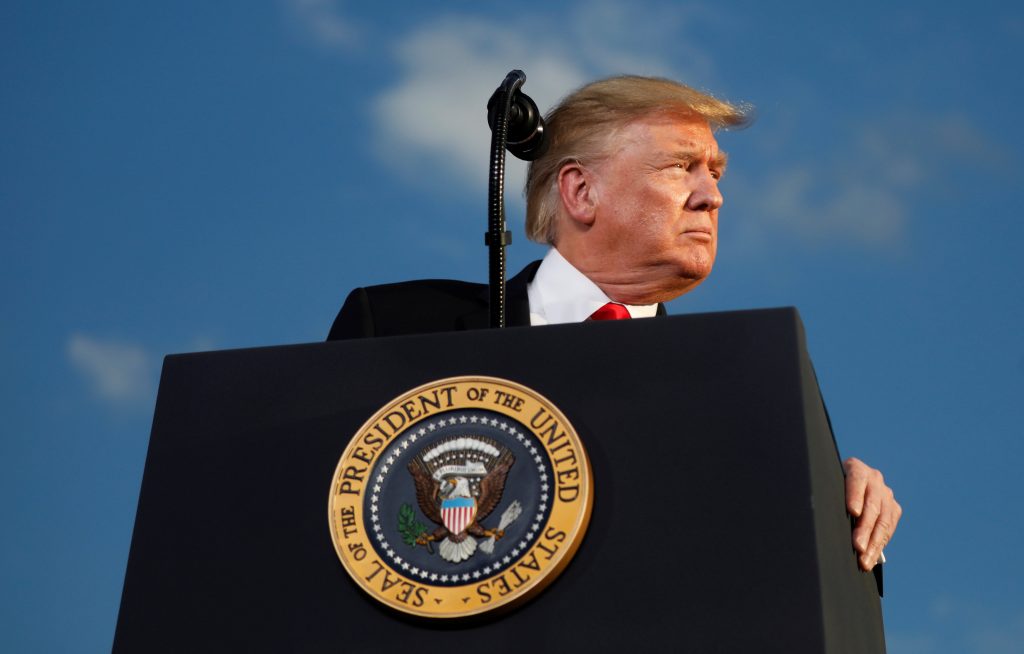 President Donald Trump on Thursday will hold his first campaign rally since Democrats launched an impeachment inquiry against him, choosing a large arena in a Democratic stronghold in Minnesota to mount his latest public defense.

Supporters of the Republican president will gather inside the 20,000-seat Target Center in Minneapolis for the 7 p.m. rally, while protesters promise to voice their opposition outside.

Trump’s path to re-election in November 2020 depends on clinching a cluster of farm and Rust Belt states decided by slim margins in 2016. Minnesota, which Trump lost by 1.5 percentage points to Democrat Hillary Clinton, is a key target, his campaign said.

Unlike 2016, when it spent little money and time in the Midwestern state, the campaign has already hired staff and organized voters there. Thursday’s visit marks the president’s fourth trip to the state in the past 16 months.

The visit comes against the backdrop of an impeachment investigation by the Democratic-led U.S. House of Representatives that has upended Washington.

The probe centers on a whistleblower’s allegations that Trump used military aid to secure a promise from Ukraine’s president to investigate former Vice President Joe Biden, a leading candidate for the 2020 Democratic presidential nomination, and his son Hunter, who was on the board of a Ukrainian energy firm.

Trump has denied wrongdoing. The White House said on Tuesday it would refuse to participate in the “partisan and unconstitutional” impeachment inquiry.

Vice President Mike Pence, who is also making a visit to Minnesota on Thursday, is scheduled to meet with the police union.

No Republican presidential candidate has won Minnesota since Richard Nixon in 1972.

A poll released by Alliance for a Better Minnesota on Wednesday showed 52% of registered voters in the state would vote for the Democratic candidate next year, while 42% would vote for Trump. The survey of 1,175 voters was conducted with the left-leaning Public Policy Polling.