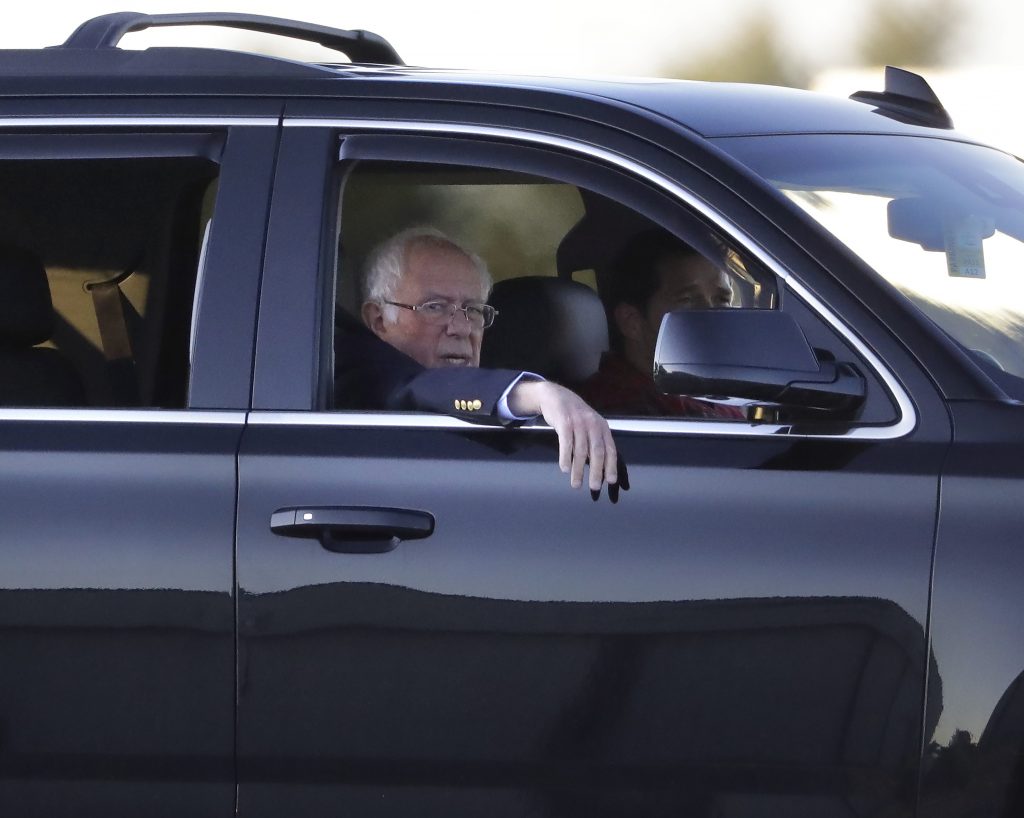 Bernie Sanders said Thursday that he’s getting his endurance back and growing “stronger every day” after suffering a heart attack last week, and he promised to return to the presidential campaign trail “as soon as possible.”

In the meantime, he’s batting baseballs around the yard.

“I am feeling great,” the 78-year-old senator said in a 7-minute video posted online from his home in Burlington, Vermont.

While lying in a hospital bed last week in Las Vegas, he said, he “thought about a lot of things, needless to say, including ‘what would have happened’ if he did not have health insurance through his job as a senator and Medicare.

Sanders insisted the experience made him “feel even more strongly” the need to continue “efforts to end this dysfunctional and cruel health-care system.”

“Understand the enormous opposition that we’re facing from the drug companies and the insurance companies,” he said of his promises, if elected, to provide universal health insurance through a “Medicare for All” plan. “We are going to win this struggle. History is on our side.”

Sanders also said he thought, “Yeah, I’ve had a rough week. I’ve suffered adversity and that’s true. And I don’t wish anybody to have a heart attack and get scared the way that our family did.”

But, he added, many people are dealing “with a lot more pain than I am,” including homelessness, the need to work multiple jobs or having to forego college because of fears about debt.

“We’re going to be out there on the campaign trail,” Sanders said, providing no details except that he would attend next week’s debate in Ohio.

His wife, Jane O’Meara Sanders, has said he would stay home recuperating until then.

The self-described democratic socialist was hospitalized after experiencing chest discomfort while campaigning in Nevada last week. His staff initially said stents were inserted for a blocked artery, revealing two days later that he had suffered a heart attack.

Sanders took his message directly to supporters in the video after saying he “misspoke” when he previously suggested he may slow his campaigning after his health scare. Sanders backtracked in a Wednesday interview with NBC News just a day after indicating that health could force him to change “the nature” of his campaign and perhaps do fewer events per day — in the short term, at least.

National campaign Co-Chairwoman Nina Turner seemed to back up that original sentiment, though, saying in a Tuesday interview with The Associated Press that the campaign was examining where and how to make changes to reflect concerns about Sanders’ health.

The focus on Sanders’ health comes as age plays a significant role in the 2020 presidential campaign. Should Sanders win the Democratic presidential nomination, he would be the oldest person ever elected. So would his 76-year-old Democratic rival, former Vice President Joe Biden.