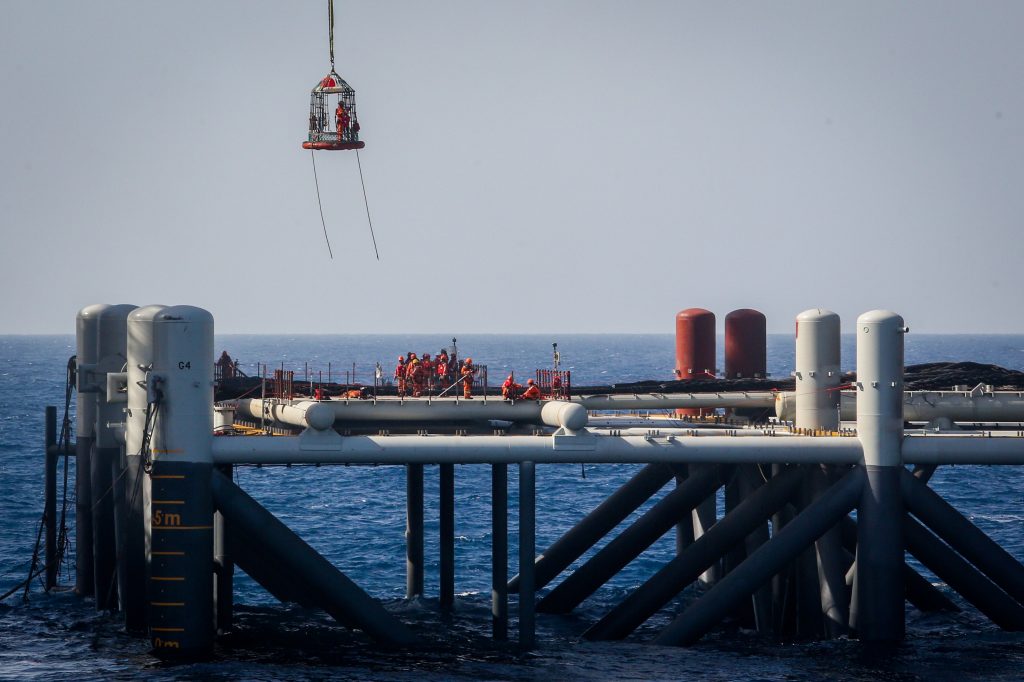 After years of government pronouncements hailing huge natural gas discoveries off the coast, Israeli householders may finally begin to see the benefits they have been promised.

In a multi-ministerial pilot program, 18 neighborhoods currently under construction are slated to be connected to the natural gas distribution system. The list includes neighborhoods in Tur’an and Akko in the north and Ofakim and Netivot in the south, in which 31,000 housing units are going up, Globes reported on Thursday.

Each apartment will have at least three natural gas connection points. Consumers participating in the pilot will not have to pay the cost of being connected to the gas supply, and their meters will be smart meters monitoring the exact amount consumed by the customer to the control system, similar to water meters.

The gas can be used for cooking, heating water, an oven, a clothes dryer, a barbeque grill, to operate heating under the floor, and in the future, for air-conditioning and other uses. The Ministry of National Infrastructure, Energy, and Water Resources is promoting it as an efficient, safe and environmentally friendly system.

A comprehensive feasibility study sponsored by the Natural Gas Authority found that in comparison with liquid petroleum gas (LPG), used for cooking in most Israeli homes, natural gas is cheaper and can save hundreds to thousands of shekels a year if 20 cubic meters a year are used.