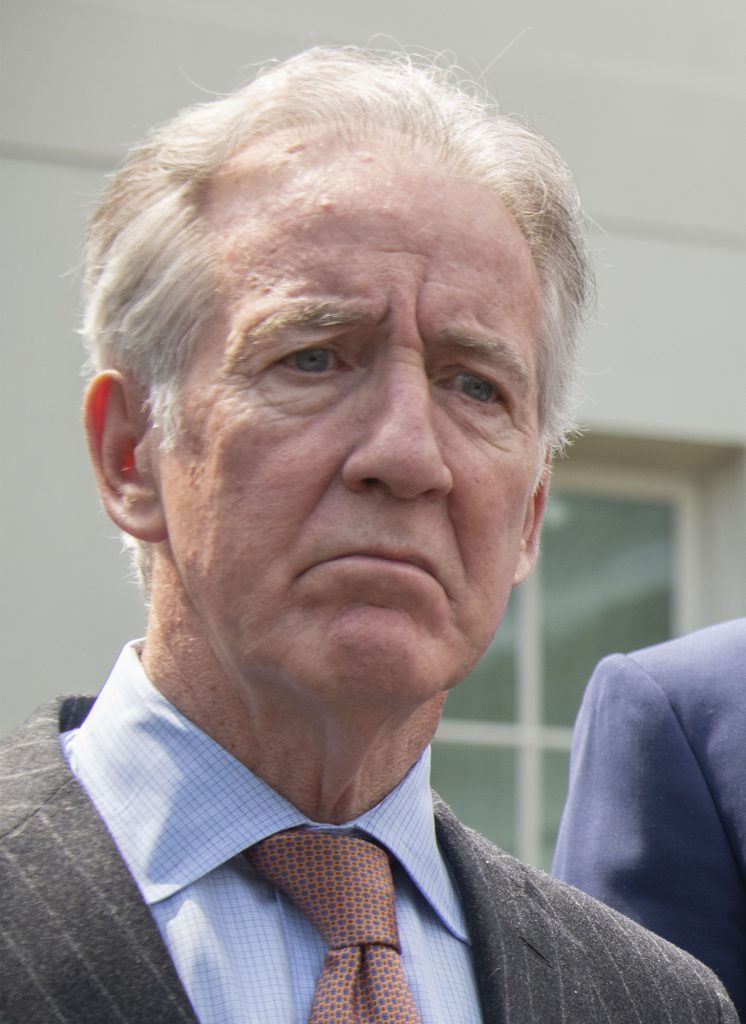 One of the remaining obstacles to passing a new North American trade agreement could soon be cleared after Mexico promised top House Democrats that it would improve enforcement of new labor standards to protect workers’ rights in that country.

Mexican President Andres Manuel Lopez Obrador also assured Democrats during meetings in Mexico this week that his government would increase funding to ensure compliance with the pact’s provisions, the lawmakers said.

The road to passage for President’s Donald Trump’s revised NAFTA, known as the USMCA, will be significantly easier with Mexico’s concessions, assuming Lopez Obrador’s assurances are put into writing as Democrats have demanded. The trade pact could be one of the only major bipartisan legislative accomplishments approved this year in a Congress increasingly preoccupied with impeachment.

“We were looking for a series of assurances. Those assurances were verbalized and now we hope they can be put into writing,” House Ways and Means Committee Chairman Richard Neal, D-Mass., said in an interview after returning from a two-day trip to Mexico with four other Democrats.

Among other things, Democrats want Mexican workers to have the right to organize a union and hold free elections. They also want the new labor requirements, spelled out in a recent law passed in Mexico, to be subject to independent inspections.

In addition to details of pharmaceutical policy, the labor issues are the chief sticking points Democrats want addressed before they approve the deal.

Before signing off, Neal said Democrats would consult with U.S labor unions, a key Democratic constituency. Final passage of the USMCA is still not expected for several more weeks, if not months.

Lopez Obrador’s administration also agreed to provide funding to bolster inspections as well as the courts that settle labor disputes, said Rep. Jimmy Panetta, D-Calif., another lawmaker on the trip.

“The president demonstrated their commitment not only to the labor standards, the enforcement that is necessary, but also the budget,” he said. Representatives of the two countries left the meeting “on the same page.”

The assurances came during a 90-minute meeting between Lopez Obrador, his finance and labor ministers and five Democratic members of Congress. The delegation included Neal and Panetta as well as Democratic Reps. Jimmy Gomez of California, Dan Kildee of Michigan and Bill Pascrell of New Jersey.

The Mexico trip comes nearly a year after Trump and leaders of Mexico and Canada signed the new trade pact. Congress has not approved the deal. Speaker Nancy Pelosi, D-Calif., said it won’t come up for a vote in the House until their concerns are resolved.

U.S. Trade Representative Robert Lighthizer has worked closely with a small group of House Democrats who are trying to thread a needle. They must appease Democrats by improving the policy around labor, pharmaceutical and environmental issues, but not change so much that it would require reopening the agreement with Mexico and Canada, which would derail the process and potentially lose Republican support.

Pelosi has said Democrats are on a “path to yes. … We have a good working relationship. Believe me, the quiet you hear is progress. “ Her remarks came at a news conference last week in which she attempted to focus attention on Democrats’ work on the USMCA and prescription drug policy rather than the impeachment inquiry.

Lawmakers insist they can work on trade policy even as the House moves forward with its inquiry of Trump.

Democrats were initially skeptical of giving Trump a political “win” by approving his trade deal. But as impeachment commands even more attention in Washington, some rank-and-file Democrats believe they have even more of a reason to prove they can work with a president they oppose politically in areas where they have a common interest. Plus, like Trump, they want to be able to tout legislative victories on the campaign trail in 2020.

It could be particularly potent in parts of the country with significant rural and farming populations.

“For my district, the central coast of California, NAFTA was a benefit to my agriculture producers,” Panetta said. “We want to continue trade to our No. 1 partner in Mexico.”

When asked whether the impeachment inquiry will help or hurt the USMCA’s chances, Neal, who supports the inquiry, said those in the working group are keeping their “heads down” and working on the trade pact.

Neal declined to say how soon the deal may move forward except that he hopes it is this year. The White House is not expected to send the final language to the House until the major points of contention are resolved.