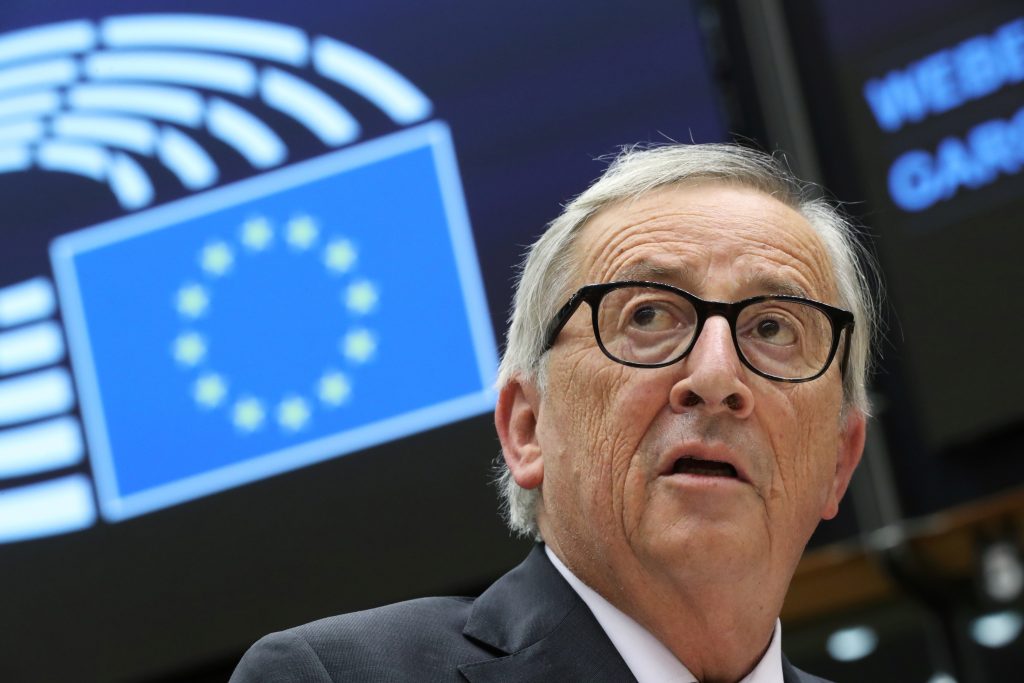 The European Union said on Wednesday it was not shutting the door to a Brexit deal but stressed that London needed to change its stance considerably to secure an agreement.

With Britain due to leave the bloc on Oct. 31, the comments by European Commission head Jean-Claude Juncker and Brexit negotiator Michel Barnier were aimed more at sidestepping any blame for whatever the final outcome of the increasingly intractable divorce than signalling a deal was in the making.

“I don’t accept this blame game that started in London. Personally, I don’t exclude a deal,” Juncker told the European Parliament’s plenary session. “The risk of a no-deal remains real and basically is going to come down to a decision by the U.K. government, but will never be the choice – the preferred option – of the European Union.

“That’s why I think it is better now to focus on what we can do in terms of concluding that deal, something which is desirable and still, in my view, possible.”

Barnier listed the main reasons why the EU could not accept the latest U.K. proposals on Brexit: customs solutions envisaged for the island of Ireland, the role of Northern Irish authorities, a lack of legally operable solutions to ensure it all works and weak clauses on fair competition.

“To put things frankly, we are not really in a position to be able to find agreement with the U.K.,” he said. “EU cannot accept the U.K. proposal, as it is today, as it would replace an operational, practical, legal solution with a hypothetical and provisional solution.

“What we are being asked for is in reality to accept a system that has not been developed, properly tested… it will largely be based on exemptions and deregations, on technologies that have yet been debated.”

European Parliament head David Sassoli said Britain now had a choice between a no-deal Brexit or a delay.

The EU affairs minister of Finland, which now holds the bloc’s rotating presidency, said the prospect of a no-deal exit was a “dangerously realistic scenario.”

“We are talking about the credibility of the internal market here,” Barnier also said. “As it stands, we cannot accept it… It is simply a temporary solution.

“When we look at our future free trade agreement, it needs to be proportional to the British government about having a fair and level playing field,” he added.

Barnier said he would make himself available 24/7 in coming days to try to seal a deal.

“We will remain calm, constructive, respectful. We need real, credible solutions for the island of Ireland. Finding an agreement is difficult, but still possible.

“Even if it is very difficult, if there is good will on both sides, an agreement is possible with the British.”