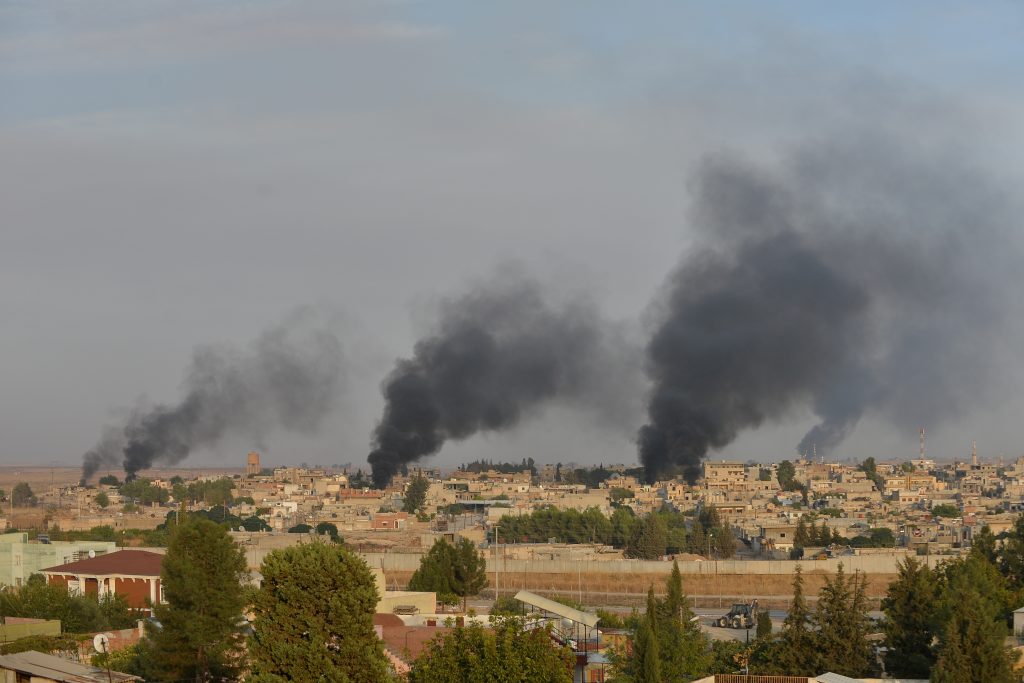 Turkey attacked Kurdish militia positions in northeast Syria on Wednesday, pounding them with airstrikes and artillery barrages in a cross-border military operation just days after U.S. troops pulled back from the area.

Reuters journalists on the Turkish side of the frontier watched as explosions struck the Syrian town of Tel Abyad. After dark, the red flare of rockets could be seen fired across the border into Tel Abyad, and flames burned near the town.

Explosions also rocked Ras al Ain, just across the border from the Turkish town of Ceylanpinar, according to a reporter for CNN Turk. The sound of warplanes could be heard above and smoke rose from buildings in Ras al Ain, he said.

The assault on the Kurds – for years Washington’s main allies on the ground in Syria – is potentially one of the biggest shifts in years in an eight-year war that has drawn in global and regional powers. The Kurds played a leading role in capturing territory from the Islamic State terror group, and now hold the largest swathe of Syria outside of Bashar al-Assad’s government’s hands.

President Donald Trump’s decision to pull forces out of the way was denounced by some Kurds as a “stab in the back” and strongly criticized in Washington, even by loyal senior figures in his own Republican Party.

Trump called the Turkish assault a “bad idea” and said he did not endorse it. He expected Turkey to protect civilians and religious minorities and prevent a humanitarian crisis, he said.

Turkish President Tayyip Erdogan, announcing the start of the action, said the aim was to eliminate what he called a “terror corridor” on Turkey‘s southern border.

European countries called on Ankara to halt the operation and Egypt denounced “a blatant and unacceptable attack on a brotherly Arab state.”

Turkey had been poised to enter northeast Syria since the U.S. troops who had been fighting alongside Kurdish-led forces against Islamic State started to leave.

A Turkish security source told Reuters the military offensive, dubbed “Operation Peace Spring,” opened with airstrikes. Turkish howitzer fire then hit bases and ammunition depots of the Kurdish YPG militia. Turkey says the YPG, the main component of the U.S.-backed SDF, is a terrorist group linked to Kurdish insurgents that have fought in Turkey for years.

The artillery strikes, which also targeted YPG gun and sniper positions, were aimed at sites far from residential areas, the Turkish source said.

The SDF said military positions and civilians in the city of Qamishli and the town of Ain Issa – more than 20 miles inside Syria – had been hit.

Turkish media said mortar and rocket fire from Syria struck the Turkish border towns of Ceylanpinar and Nusaybin. There were no immediate reports of casualties there.