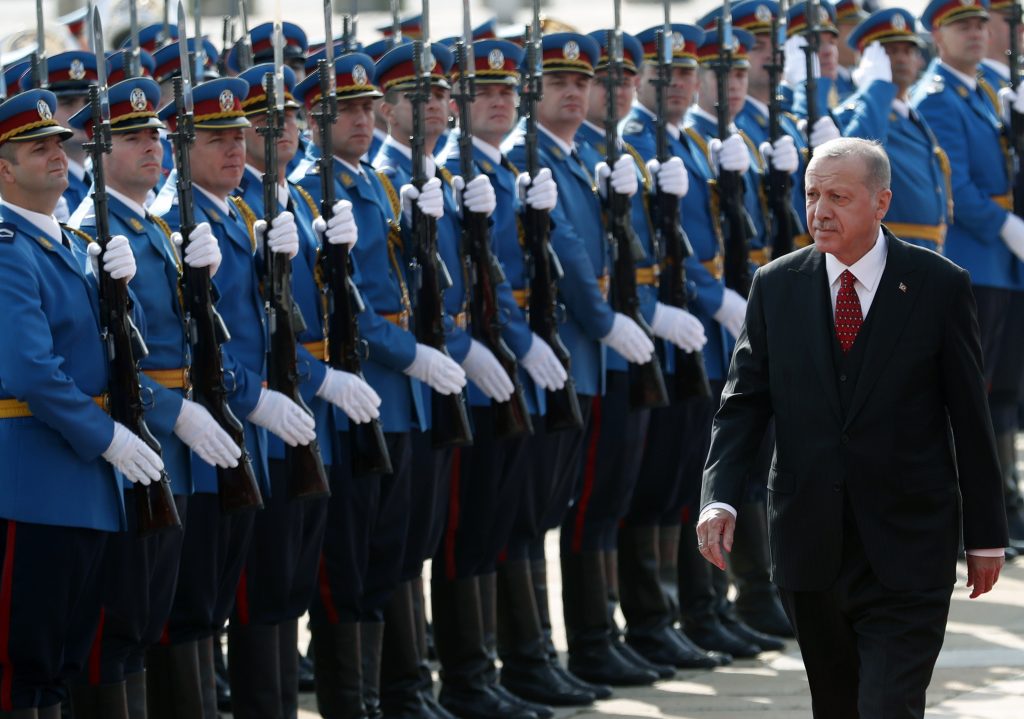 President Donald Trump on Monday launched a harsh attack on NATO ally Turkey, threatening to destroy its economy if Ankara takes a planned military strike in Syria too far even though the U.S. leader himself has opened the door for a Turkish incursion.

Trump said he would “totally destroy and obliterate” Turkey’s economy if it took action in Syria that he considered “off-limits” following his decision on Sunday to pull out U.S. forces from northeastern Syria.

The U.S. withdrawal will leave Kurdish-led forces in Syria that have long allied with Washington vulnerable to a planned incursion by the Turkish military which brands them terrorists.

Trump’s stern words seemed to be aimed at placating critics who accused him of abandoning the Syrian Kurds by pulling out U.S. forces. Leaders from both parties and both houses of Congress joined in the criticism, including Senate Majority Leader Mitch McConnell, Trump’s fellow Republican.

“As I have stated strongly before, and just to reiterate, if Turkey does anything that I, in my great and unmatched wisdom, consider to be off limits, I will totally destroy and obliterate the Economy of Turkey (I’ve done before!)” Trump tweeted.

It is a major policy shift that was denounced as a “stab in the back” by Kurdish-led forces who have been Washington’s most capable partners in fighting Islamic State in Syria, also known by its acronym ISIS.

U.S. relations with Turkey under Trump have been rocky.

Last year, he imposed tariffs on Turkish steel and aluminum products over Ankara’s detention of a U.S. pastor whose case was supported by members of his Christian conservative base.