World Syria Kurds Say They Were “Stabbed in the Back”: Kurds Stand to Lose All Gains From U.S. Pullout
World 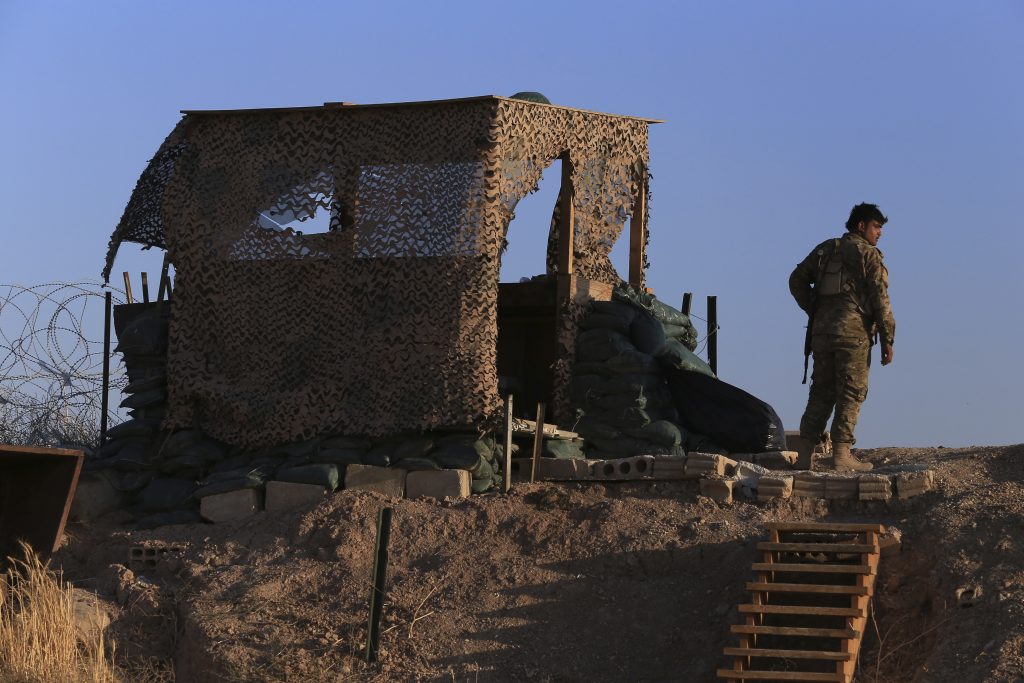 Syria’s Kurds accused the U.S. of turning its back on its allies and risking gains made in the fight against the Islamic State group as American troops began pulling back on Monday from positions in northeastern Syria ahead of an expected Turkish assault.

President Donald Trump’s abrupt decision to stand aside — announced by the White House late Sunday — infuriated Kurds, who stand to lose the autonomy they gained in the course of Syria’s civil war.

The Kurdish force pledged to fight back, raising the potential for an eruption of new warfare in Syria. “We will not hesitate for a moment in defending our people” against Turkish troops, the Kurdish-led Syrian Democratic Forces said in a statement, adding that it has lost 11,000 fighters in the war against IS in Syria.

As many as 300,000 people could immediately be driven from their homes in northeast Syria as Turkey launches its offensive, the International Rescue Committee warned Monday.

The SDF issued a sharp condemnation of the American move, and called the Amrican withdrawal a stab in the back. “The American forces did not abide by their commitments and withdrew their forces along the border with Turkey,” it said.

A U.S. official confirmed that American troops were already moving out of the security zone area, which includes the Syrian towns of Ras al-Ayn and Tal Abyad. That official was not authorized to speak for the record and was granted anonymity to comment.

A video posted by a Kurdish news agency showed a convoy of American armored vehicles apparently heading away from the border area of Tal Abyad.

America’s rivals, including Iran, Russia and the Syrian government, stand to gain from a U.S. troop withdrawal from the oil-rich region in the north. Iran’s Foreign Minister Javad Zarif tweeted: “U.S. is an irrelevant occupier in Syria — futile to seek its permission or rely on it for security.”

In Moscow, Kremlin spokesman Dmitry Peskov said Moscow realizes Turkey’s need to ensure its security, but noted that “it’s necessary to respect Syria’s territorial and political integrity.” Peskov wouldn’t comment on whether the U.S. withdrawal could push the Kurds to seek a dialogue with Damascus.

Russia and Iran have helped Syrian President Bashar Assad reclaim control over most of the country following a devastating eight-year civil war.

Abdulkarim Omar, a senior official in the Kurdish self-rule administration, said they had been expecting the U.S. decision to withdraw and have made preparations for it. He didn’t elaborate.

But he warned that securing facilities holding IS terrorists would be jeopardized if an offensive begins because forces would be deployed there.

“We have been flexible even in dealing with Russia, which may play a role in the political resolution. We were flexible even in regards to Damascus,” he said. “But what happened today is illogical.”

The Kurdish-led SDF has been the main U.S.-backed force in Syria in the fight against IS. In March, the SDF captured the last sliver of land held by the terrorists, marking the end of the so-called caliphate that was declared by IS’s leader Abu Bakr al-Baghdadi in 2014.

Mustafa Bali, the SDF spokesman, tweeted that his group had not been not expecting the U.S. to protect northeastern Syria. “But people here are owed an explanation regarding the security mechanism deal and destruction of fortifications,” he said.