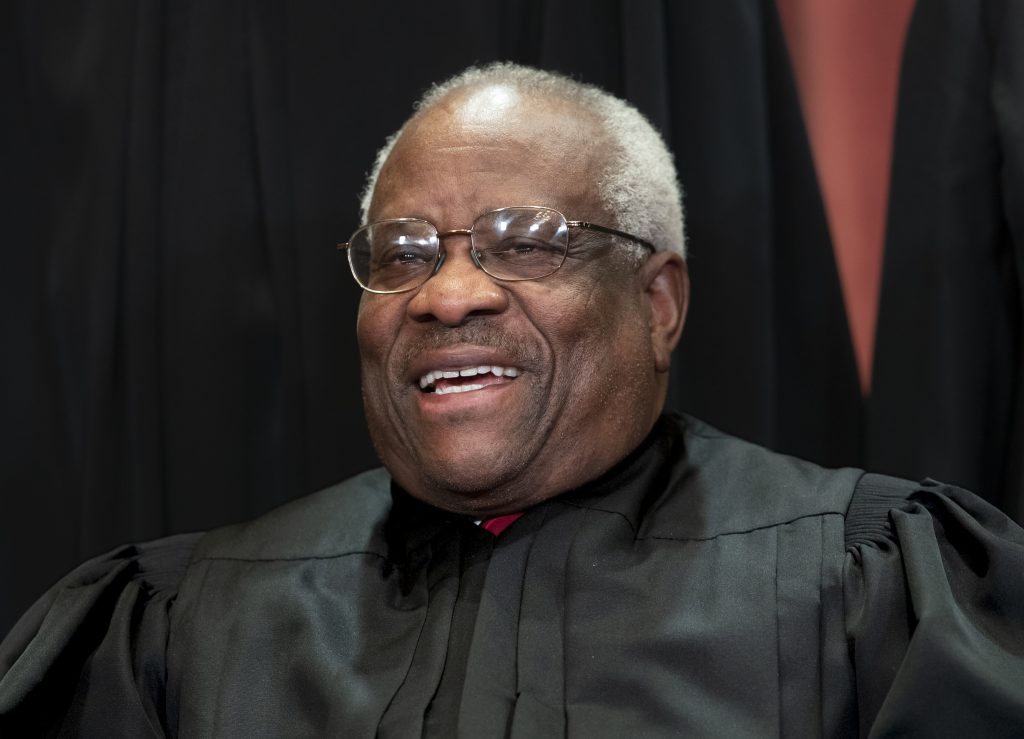 The U.S. Supreme Court kicked off its new nine-month term with a flurry of activity on Monday, hearing arguments in three cases, including one involving the insanity defense, and rejecting numerous business-related appeals that piled up over the summer.

Justice Clarence Thomas, 71, was absent due to illness. Thomas likely has the flu, a court spokeswoman said. One of the nine-member court’s most conservative members, Thomas has served since 1991 and is its longest-serving justice.

In remarks from the bench before the first argument, Chief Justice John Roberts said Thomas was “indisposed” due to illness but would still participate in deciding the three cases.

During Monday’s first argument, the justices wrestled with the insanity defense, which bars holding criminally responsible a mentally impaired defendant who does not know right from wrong. They seemed divided over a Kansas law, enacted in 1996, that prevents defendants from arguing they were insane. Instead, they can argue under the law that, due their mental illness, they could not have intended to commit the crime.

The case involved an appeal by James Kraig Kahler, who was sentenced to death in Kansas for fatally shooting four family members – his wife, two daughters and his wife’s grandmother – while suffering from severe depression. Kahler argued that Kansas is violating the U.S. Constitution’s 14th Amendment guarantee of due process under the law and the Eighth Amendment prohibition on cruel and unusual punishment.

Idaho, Montana and Utah – like Kansas – have abandoned the insanity defense. Other states, the District of Columbia and the federal criminal justice system, have retained the defense.

The other two oral arguments scheduled on Monday are on whether the U.S. Constitution requires unanimous jury verdicts and on fees in patent litigation.

The court will issue rulings in all its cases by the end of June.

In another action of note, the court said it would go ahead and hear a challenge to New York City restrictions on handgun owners transporting their firearms outside the home.

The city had argued over the summer that because the measure – challenged by gun owners and the state’s National Rifle Association affiliate – was recently amended, the case before the justices was moot and there was no reason for the Supreme Court to hear the matter.

The justices in a brief order said they would consider that argument when they hear the case on Dec. 2, leaving open the possibility they will toss the case later.

Another major case to be heard on Nov. 12 is over Trump’s move to end a program created by his Democratic predecessor Barack Obama that protects from deportation hundreds of thousands of immigrants – mostly Hispanic young adults – who were brought into the United States illegally as children.

The court declined to hear several appeals including multiple business disputes. One involved Amazon.com’s bid to avoid a lawsuit seeking to ensure that warehouse workers for the e-commerce giant get paid for the time it takes them to go through extensive post-shift security screenings.

It also rejected appeals in several patent disputes including one involving Apple Inc and another concerning Acorda Therapeutics Inc.

The court declined to hear Las Vegas sports gambler William “Billy” Walters’ appeal of his 2017 insider trading conviction that landed him a five-year prison sentence in a case that also drew attention because of his ties to billionaire investor Carl Icahn and golfer Phil Mickelson.

The court rejected a bid by Sempra Energy’s San Diego Gas & Electric Co to recover $379 million from customers related to damages it was forced to pay out in litigation after the deadly 2007 California wildfires that burned hundreds of homes.

It also turned away a bid by Domino’s Pizza Inc to avoid a lawsuit by a blind man who accused the company of violating a law barring discrimination against people with disabilities after he was unable to place an order online.