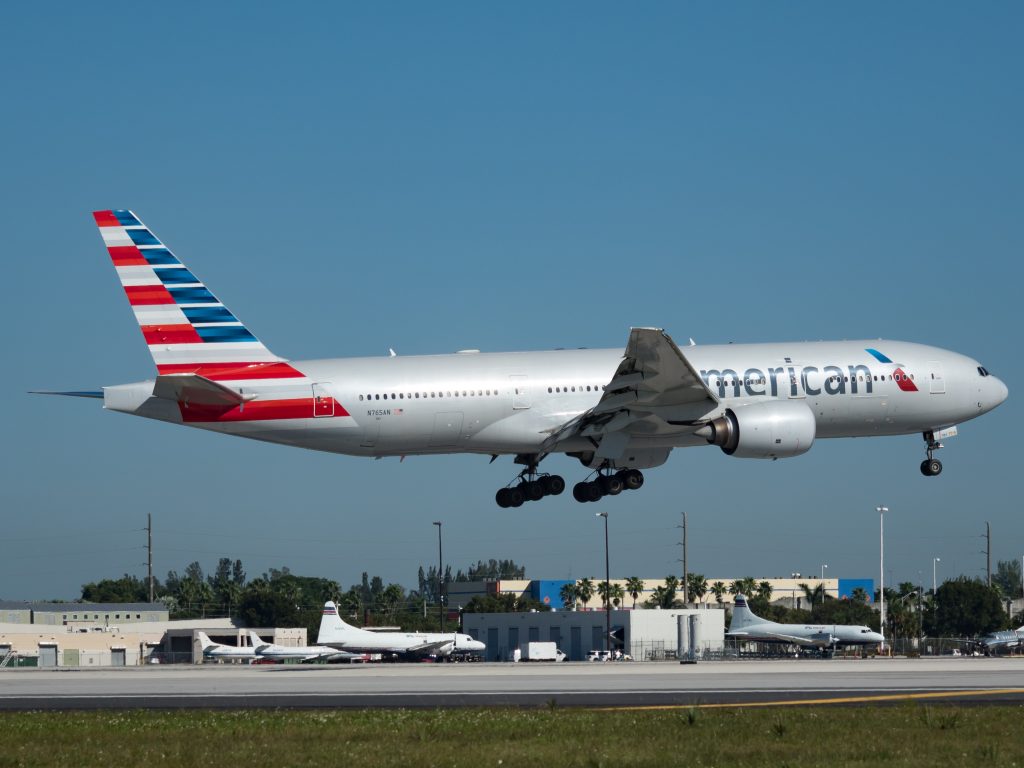 A man ran past a gate agent, down a jet bridge and stormed onto an American Airlines plane Monday morning at Miami International Airport, prompting police to remove him and do a full security sweep of the jet after removing all passengers.

The man, who has not been identified, had a ticket for Flight 1060, which was going to Newark, New Jersey. But after 6 a.m., as the flight was boarding, he came into some kind of contact with airline employees. As workers approached him, the man took off running, according to Miami-Dade Police Detective Lee Cowart, a department spokesman.

American Airlines spokeswoman Alexis Aran Coello said in an email that the passenger bypassed the gate agent as he ran by.

“He fled into a jetway and onto a plane that was parked at the gate,” Cowart says.

A passenger on the plane, Ari Teman, told Local 10 News that the man was screaming that it was his plane and that he was with the FBI.

“The business class passengers blocked him from getting further into the plane (probably so they could get upgraded to Executive Platinum, but a good deed is still a good deed),” he wrote in a social media post.

Airline workers called police; Cowart said they responded within a minute or two and took the man off the plane. Video that Teman posted showed him in handcuffs, facedown on the ground in the airport and surrounded by police.

“The plane was subsequently searched for damage and contraband, firearms, explosives, et cetera, and the plane was searched and all clear,” Cowart says. Police determined that the man was “in crisis” and took him to a hospital; a Florida law that allows people to be temporarily detained for mental health evaluation.

It was the second time in three days that unauthorized passengers got onto a plane.

On Saturday, also in Florida, a woman got onto a Delta flight at Orlando International Airport without a boarding pass. After the person who was supposed to be in her seat flagged the woman’s presence to staffers, the stowaway was forced off the plane. The airline, Transportation Security Administration and local police are investigating that incident.