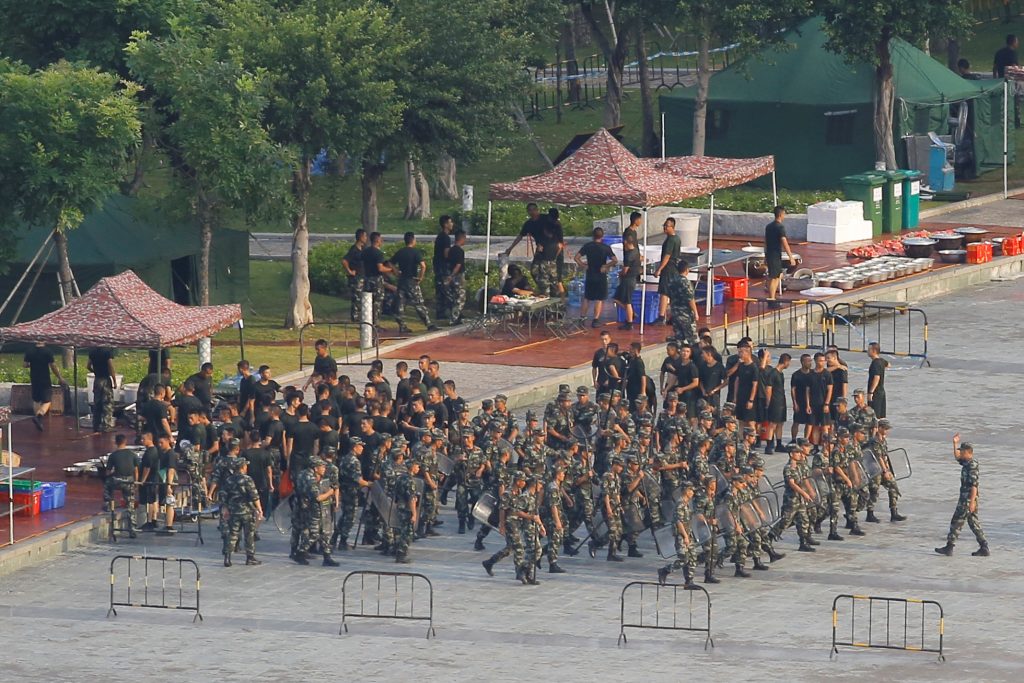 China’s embassy in Paris on Monday strongly criticized French and European reaction to protests in Hong Kong, calling it hypocritical and telling France to show empathy after it experienced its own violent demonstrations.

“We express our deep dissatisfaction and our profound contempt for the hypocrisy of the European statement and the darkness of the intentions of some vis-à-vis China,” the embassy said in a statement on its website.

The former British colony of Hong Kong has been rocked by months of anti-government protests.

When asked on Thursday to react after Hong Kong police had used real bullets against demonstrators, France’s Foreign Ministry referred to a statement from the European Union.

That statement called on authorities to show restraint, a proportionate response to the protests and to focus on a political dialogue to defuse tensions.

French officials have sought to keep official reaction under the radar in recent weeks to avoid worsening ties with China before President Emmanuel Macron embarks on a four-day visit there.

The rare statement from the embassy sought to outline efforts by the authorities to resolve the crisis and described Oct. 1 protests during which live rounds were used as an attempt to destabilize the central government.

“The European Union has publicly glorified the rioters’ abuses and has flouted the Hong Kong police’s self-defense measures to defend their lives against their aggressors,” the embassy said.

It said France should show solidarity, given its police force had also experienced violent protests and been under constant criticism and insults from a “malicious fringe” of people.

“In these circumstances, we showed empathy for France. We would like it to show today the same spirit towards us,” the embassy said in its statement.

France’s Foreign Ministry did not immediately respond to a request for comment.