Business Bank of Israel May Cut Interest Rate, But Not Yet
Business 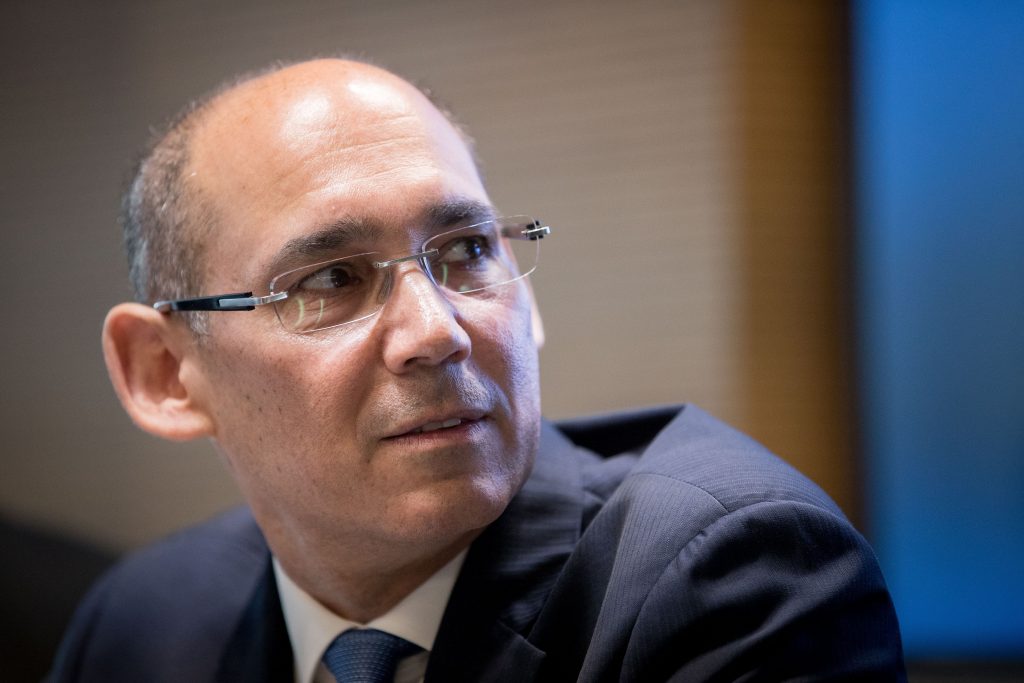 The Bank of Israel announced on Monday its decision to keep the interest rate unchanged at 0.25 percent, and said it is also contemplating a rate cut.

The Monetary Committee, headed by BoI Governor Amir Yaron said, “The decision was not easy, and was not unanimous. When the minutes of the meeting are published in two weeks, you will be able to see the considerations in favor of reducing the interest rate at this time.”

In a statement explaining the decision, the Bank pointed to multiple factors taken into consideration: “The assessment is that in view of the inflation environment in Israel, the monetary policies of major central banks, the slowing in the global economy, and the continued appreciation of the shekel, it will be necessary to leave the interest rate at its current level for a prolonged period, or to reduce it in order to support a process at the end of which inflation will stabilize around the midpoint of the target range, and so that the economy will continue to grow strongly.”

Regarding inflation: “The inflation environment remains low. Inflation in the past 12 months was 0.6 percent while inflation excluding energy and fruit and vegetables has been stable in the range of 0.9-1.1 percent since the beginning of the year. Most of the negative contribution to the CPI in recent months came from the components that are traditionally volatile, but also from the cumulative appreciation of the shekel since the beginning of the year. Annual inflation is expected to decline in the coming months, and to return to near the lower bound of the target range within a year. Long-term expectations are anchored near the midpoint of the target range.

The Monetary Committee observed that “Since the previous interest rate decision, the shekel has strengthened by 1.2 percent in terms of the nominal effective exchange rate, and by 9.1 percent since the beginning of the year. The appreciation is making it more difficult to return inflation to the target range.”

The Bank’s Research Department projects that in 2019, “GDP will grow by 3.1 percent, similar to the previous forecast, while the growth forecast for 2020 was reduced to 3 percent, compared with 3.5 percent in the previous forecast, against the background of the global economic slowdown’s expected effect on exports, and the assumption that the government will take steps to reduce the deficit. The inflation rate is expected to rise gradually, reaching 1.2 percent in 2020. In view of the developments in inflation, the exchange rate, and the global economy, the Research Department assesses that the interest rate will remain unchanged or will be reduced during 2020.”