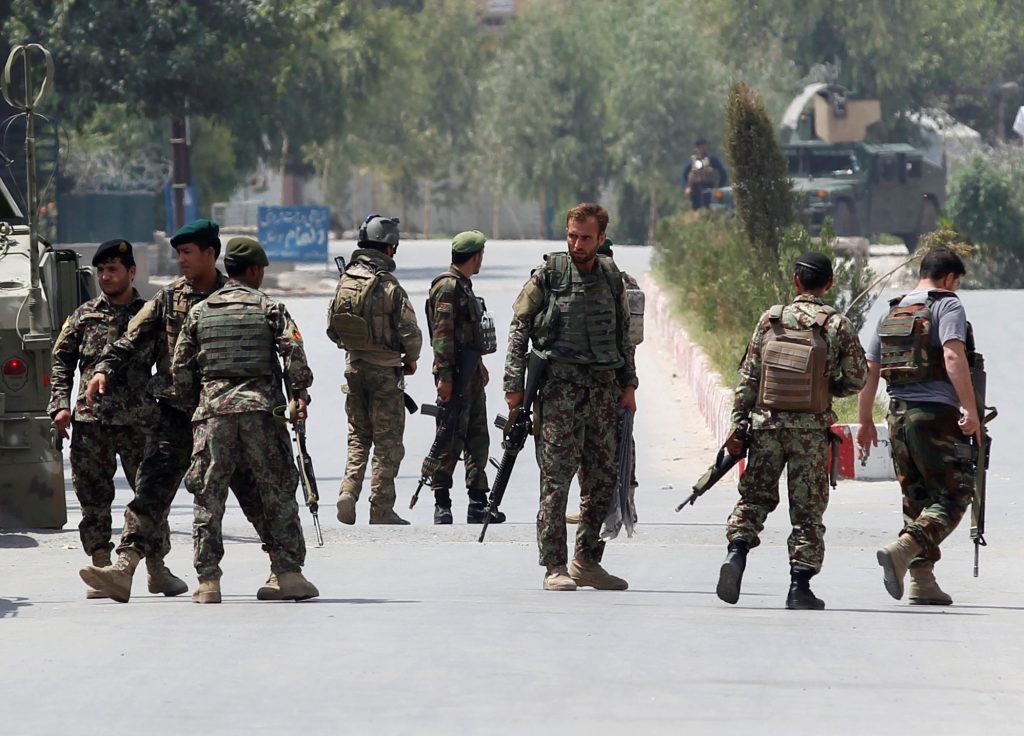 A suicide bomb targeted a minibus of recruits for the Afghan security forces in the eastern city of Jalalabad on Monday, killing at least 10 people and injuring 27, local government sources said.

The bomb detonated in a rickshaw-like vehicle, Attaullah Khogyani, the spokesman for provincial governor of Nangarhar, said. Casualties included recruits and civilians, including a child, local sources said.

Some of the wounded were in critical condition, Sohrab Qaderi, a member of the Nangarhar provincial council, said.

No group has claimed responsibility for the attack but Islamic State terrorists have carried out a string of suicide bombings and attacks on government offices, schools and aid groups in recent years in Jalalabad, Nangarhar’s main city.

U.S. talks with the Taliban to withdraw troops and end the 18-year Afghan war were halted last month by President Donald Trump. Those talks were expected to lead eventually to discussions of a ceasefire between the Taliban and Afghan forces and stability for the country.